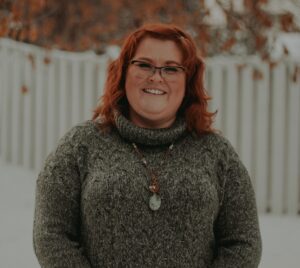 The challenges wrought by the pandemic are splashed across the news. They inundate our social media feeds and dominate our conversations (still masked and at a distance) if we run into neighbours at the convenience store or gas station.

But COVID-19 isn’t the only public health crisis our communities are contending with. Every year in Canada, suicide claims the lives of 4,000 people. The ripple of effect from each of those tragedies is felt by another 100 family members, friends, or colleagues. Suicide brings with it a special brand of devastation. Survivors of suicide loss claim their place in a club no one would wish to join.

Just as we are all at risk of catching COVID-19, under the wrong circumstances anyone can find themselves experiencing suicidal thoughts. Recent Leger polling commissioned by the Mental Health Commission of Canada (MHCC) and the Canadian Centre on Substance Use and Addiction revealed that while seven per cent of those surveyed experienced thoughts of suicide during the pandemic, that number jumped to 16 per cent among those with pre-existing mental health problems, and 25 per cent for those with a lifetime history of substance use disorders.

For MHCC president and CEO Michel Rodrigue, the reverberations of a close friend’s suicide are never far below the surface. “I am deeply invested in the success of our suicide prevention efforts because we know that if a region binds together and levels its resources, creativity, and determination, we can weave prevention into the fabric of our communities,” he said. “Now, more than ever, we have a collective responsibility to look out for one another.”

Rooted in the best evidence
The efforts Rodrigue refers to involve the five pillars of the MHCC’s home-grown suicide prevention and life promotion model, Roots of Hope. Apart from designing the model, the MHCC convenes participating communities to share knowledge and ideas and evaluates the evidence they provide to see what works best. When it was launched in Ottawa in September 2018, seven communities sourced the funding to join in.

Now, after applications streamed in from across the country, eleven more have been named as Roots of Hope participants in a second cohort. Known as Early Adopters, the group includes communities in various regions, from the mining city of Flin Flon, perched on the Manitoba-Saskatchewan border, to the municipality of Halton in southern Ontario.

“We saw an overwhelming interest in becoming a Roots of Hope Early Adopter,” said Ed Mantler, the MHCC’s vice-president of Programs and Priorities. “That communities were able to find the means to make this happen tells us that there is not only a great need but also a real willingness to invest the time, money, and emotional energy that will spark change.”

For Angela Fetch Muzyka, community development officer for the Town of Stony Plain, Alberta, the appeal is two-fold. “Working on Roots of hope is an important opportunity to advance efforts in our own community. But it’s also exciting to know that our successes and failures will guide future communities in their approach to suicide prevention.”

Just as the pandemic has shown us that, through a concerted effort, we can band together and protect one another from harm — even if that sometimes means staying apart — it reminds us that preventing suicide isn’t all that different.

Roots of Hope gives communities access to pools of knowledge and approaches based on the best evidence, but it’s not a one-size-fits-all prescription. Each chooses to focus on the populations most at risk in their areas.

For example, Pontiac, Quebec, will target its efforts toward the whole population, with a specific focus on men. The populations of interest in New Brunswick, the first Early Adopter to apply Roots of Hope across an entire province, will include youth, older adults, veterans, Indigenous peoples, and those with incomes below the poverty line. The Yukon, as the first territory to join the program, is zeroing in on those living in rural and remote communities and students attending Yukon University.

“You can quickly see the benefit of gathering the information gleaned from the various communities,” said Nitika Rewari, acting director of Prevention and Promotion Initiatives. “Suddenly, we’ve got access to approaches that work for people of diverse ages, backgrounds, and circumstances.”

Growing education
Central to Roots of Hope is homing in on the specific strengths and unique features of individual regions.

“Our board chair Chuck Bruce has likened it to building model planes,” said Rodrigue. “They come plain and colourless in a box and are brought to life by the hands that build them.”

Given the complex factors at play, Roots of Hope doesn’t purport to solve a problem as complex as suicide overnight. Still, it is possible to leverage what we do understand to better serve people who may be experiencing suicidal thoughts.

For example, many people who die by suicide visit their family doctor in the six months before they take their own lives. “Training doctors, health-care professionals, and other community leaders about how to spot the signs and how to have that difficult conversation is an important part of knitting tighter safety nets,” said Mantler. “So too is reaching out to young people who have lost a friend or a loved one to suicide.”

“Some of our communities told us that there was a hesitancy around how to broach the topic of suicide with children,” explained Julie McKercher, a program manager with the MHCC’s Prevention and Promotion team. “So we set out to create a resource to support those crucial conversations. As the big-picture convener with ready access to expertise, the MHCC can be responsive to those needs.”

And while education is a critical pillar in the Roots of Hope approach, so too is “means restriction.” “We need to look at how people take their lives and see if we can create barriers or restrict access,” said Rewari. “Many suicide attempts take place during a short-term crisis. Fewer completed suicides could result from barricades at train stations, limiting access to tall bridges, or encouraging people to safely dispose of unused prescription drugs.”

Hope in the time of COVID
“Just as we approached our management of COVID-19 with a concerted public awareness campaign centred on social distancing, mask wearing, testing, and staying home when sick,” said Rodrigue, “we can apply these same principles to creating public awareness about suicide prevention.”

While the pandemic has brought countless challenges, it has also illuminated how quickly we can marshal community responses to keep our residents safe. While that knowledge is fresh in our minds, we have an opportunity to apply it with equal determination and focus to promote life-saving measures like those identified by Roots of Hope.

In the words of Breanne Mellen, suicide program coordinator for the Early Adopter community in Medicine Hat, Alberta, “When we work together and honour the knowledge, experience, and abilities hidden within each of us, great things can and will happen.”