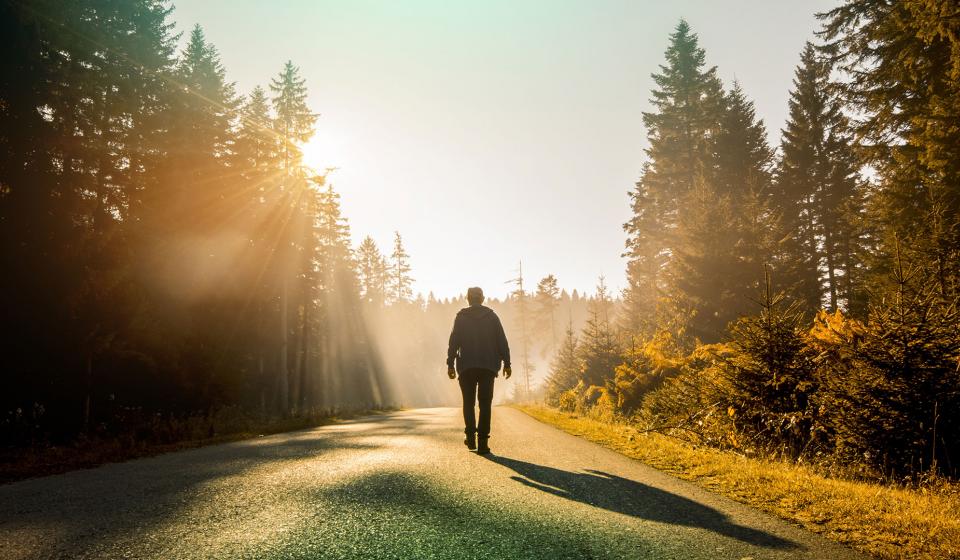 Coming out has been a lifetime process for Larry. He had always been exceedingly shy, so much so that as a boy in his small town in rural Alberta, Larry would cross the street to avoid having to speak to classmates he might run into.

He had always had a sense of being alone. He focused his energies on school and performed very well, continuing through to attend medical school. It was there that he finally came out as a gay man. For Larry, coming out meant being able to connect with others who identified as gay and beginning the journey of accepting himself.

Larry sought counselling for what was deemed to be depression (although he felt more anxious than anything else) but found it unhelpful as he felt a lack of genuine understanding and had difficulty relating to the counsellor. He felt the only place that supported gay men at the time were bars, which Larry quickly found were not the best environment for him to be as he was still very shy and not confident in himself. As he began to spend more of his time in bars, Larry began to use alcohol and experiment with other substances to cope with his shyness and try to connect with others.

Four or five years into his residency, after graduating in 1968 near the top of his class, Larry’s substance use had become so heightened that he had been reduced to doing medical odd jobs. By the time he arrived in Edmonton, those around him saw he had developed a problem and encouraged him to seek help. Larry was connected by the College of Physicians and Surgeons to appropriate treatment and was admitted for prolonged residential treatment of Alcohol Use Disorder. Once Larry had completed treatment, he joined an Alcoholic Anonymous (AA) group in his area for continued support.

Larry felt that he needed to constantly test what it meant to be a gay man. It became very important to him to connect with others that were like him. Although Larry was benefiting from his AA group, he never really felt like he was totally understood. He got together with another gay friend and decided to form an AA group for gay men and women, creating a safe space where individuals could more genuinely relate and connect. They began with just the two of them, but after 6 months the group began to grow into a positive support network for Larry and the others in the group. It was this same group he would fall back on years later during a relapse into alcohol use disorder when he was in his sixties.

It was during this relapse as an older adult that Larry felt was at the lowest point in his life. It was as if he had forgotten the pain that alcohol use disorder had caused in his past. He began drinking occasionally and before he knew it his alcohol use became a serious problem. Because Larry was now an older adult, his drinking had grave physical implications and Larry developed serious heart problems.  He ended up being hospitalized as well as entering long-term treatment once more. He felt humiliated as many of his friends and medical colleagues saw him drunk for the first time, a degrading experience. It was the network of friends developed through AA that had provided him with positive social interactions and support so many years ago that he found solace in as an older adult. They had become his extended family in his time of need.

Larry has now been abstaining from alcohol for nearly 10 years, and although he has not been able to attend AA meetings during the winter months, being an older adult in long-term care, he credits much of his recovery to those peer support meetings and the networks that were built over the years. The aloneness that he very much felt as a boy and as a young man has been somewhat mitigated by these meaningful connections and bonds formed through the AA group he pioneered to create a safe space for gay men and women so many years ago.

Meaningful peer support and connections are very important to all individuals facing mental health and addictions problems and can become even more so in older adults as they begin to face physical barriers and challenges to connection. It was important to Larry that he not only have peer connections but that those connections be with individuals who he feels understand him and to whom he can genuinely relate in a safe space. Person-centered care was essential to Larry’s recovery, as well as stigma-free support from loved ones, peers and professionals.

Given the physical changes related to aging, older adults are much more vulnerable to the negative effects of alcohol on cognition, emotions and in Larry’s case physical health. Mental health services can help develop useful strategies for intervention in collaboration with addictions and provide opportunities for recovery to those who have complications from substance use.