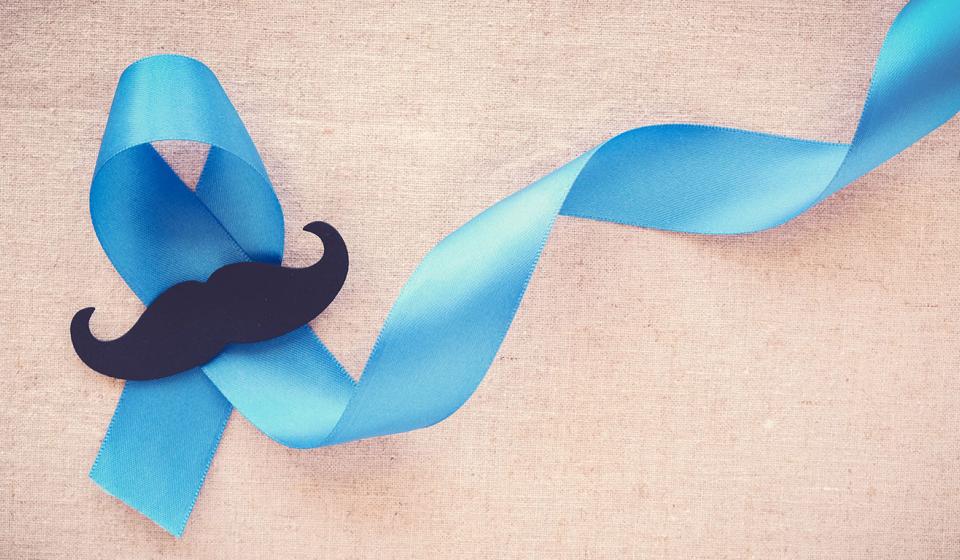 Despite many years of grassroots activism, the stigma surrounding men’s health and mental health continues today.

“How do we teach our applicants about knowledge translation?”

Who could have thought that growing a moustache could become so significant? You may have seen university and college campuses filled with male students sporting bushy moustaches during the month of November without truly understanding the reason behind the fun moustache competitions. Despite many years of grassroots activism, the stigma surrounding men’s health and mental health continues today. One organization has worked tirelessly to make a tremendous change within this narrative. Many across Canada have heard its name: Movember.

Movember has been dubbed as “the leading charity changing the face of men’s health” with a focus on prostate and testicular cancers, as well as mental health and suicide prevention. According to Movember, “Globally, every minute, a man dies by suicide. In Canada, 75% of deaths by suicide are men.”

The origin story of Movember is noteworthy and speaks to the power of ordinary people seeing a problem and rising up to make a difference. It all began with 2 friends hanging out in a bar in Melbourne, Australia. In 2013, Travis Garone and Luke Slatterly joked about the return of moustaches. “Inspired by a friend’s mother who was fundraising for breast cancer, they decided to make the campaign about men’s health and prostate cancer.” Garone and Slatterly resolved that their form of fundraising would be unique; they sought to inspire men to grow out their moustaches during the month of November as a way to raise awareness about men’s health. With that, “Movember” was born. What started as a conversation between 2 friends eventually grew to 30 and the rest is history. Today, the movement has raised over $1 billion and currently boasts 5 million moustaches grown in solidarity!

Where SPARK Comes In

Ivy Lim-Carter was a relatively new employee with Movember at the time that she submitted a SPARK Knowledge Translation program application in 2014. Her workplace was experiencing change with the implementation of new mental health grant funding in Canada and Australia, and the need to integrate Knowledge Translation (KT) planning within their funded projects arose.

According to Ivy, Movember’s Global Mental Health Lead, Dr. Clare Shann, had a passion for KT. As a new member to the organization herself, Ivy noticed that it wasn’t something that was being considered when application proposals were submitted for funding. They had a new goal to ensure that all project proposals included a robust KT plan to get knowledge derived from the projects into the hands of those who needed it — the men and the organizations who would be providing the programs or services they would be accessing. To do this, application forms included a dedicated section for the teams’ KT plan.

The problem was that not only did applicants have little understanding of what integrated KT meant, but it also was viewed as an afterthought – an end-of-grant activity of publications or presentations. It was a completely different way to think and develop proposals, which required working with their populations of focus to co-develop interventions and understanding why KT was an important element of the research process—the same problem that affected many staff! Ivy relayed how they needed a global strategy for the organization. “Everyone still had not agreed upon a definition or interpretation of KT itself. We were not always talking the same language. We needed an overall definition.”

It was during this time that SPARK registrations were circulating. Ivy sought out the details for the program and brought the idea forward to her superiors. According to Ivy, her purpose to attend the workshop was different than the other applicants. “Most people,” she says, “were there to learn how to integrate KT in their work.” She was approaching the workshop from a different perspective. She was, “learning how to teach applicants how to use KT to disseminate knowledge and learning from their funded projects.” The questions her workplace faced were:

They hired an outside consultant for strategy and created “knowledge communities” as forums for discussion, sharing learning (what worked and did not work), best practices, and building capacity for project teams in knowledge mobilization and dissemination. Ivy argues that the greatest difficulty in implementation was “getting people to change their thinking.” The organization went on to publish their experience in integrating KT into their practice titled, “Implementing Knowledge Translation Strategies in Funded Research in Canada and Australia: A Case Study” (2016) in Technology Innovation Management Review. Ivy was a contributing writer. For Ivy,

Where Is Ivy Today?

Still with Movember, Ivy is currently the Director, Social Innovation, Mental Health & Suicide Prevention Program covering 3 markets (Canada, Australia and the UK). Movember has expanded to funding mental health programs in 5 markets: Canada, Australia, the United States, New Zealand and the UK. Ireland will follow shortly. Each market encompasses many different portfolios and focal areas. Since 2006, over $100 million has been invested in more than 135 mental health projects globally. Movember has a current focus on storytelling as a method of sharing outcomes of projects. Check out the Movember website for storytelling videos, more information about the issues they are fighting, and how you can personally contribute to such a great cause.

Submit your application by July 12, 2022 at 11:59 pm PT for the chance to deepen your understanding of Knowledge Translation (KT) and put your idea into action using the MHCC’s Innovation to Implementation framework.