Informing the Future: Mental Health Indicators for Canada is an important step in the implementation of “Changing Directions, Changing Lives – The Mental Health Strategy for Canada” which was released by the Mental Health Commission of Canada (MHCC) in 2012. The Strategy called for the creation of a comprehensive set of indicators to track and monitor progress. The final project report and online dashboard, scheduled for release in April 2015, will represent the first-ever centralized set of mental health and mental illness indicators that can be used to inform and track policy and practice decisions across Canada.

The first phase of the Report, released on January 22, 2015, includes the first 13, of a total of 63, national mental health and mental illness indicators that serve as a foundation for evidence informed mental health policy and practice in Canada. Over a 22 month period commencing in July 2013, the MHCC has funded and coordinated this project which has been undertaken by Centre for Applied Research in Mental Health and Addictions at Simon Fraser University. The data sets were made available through a variety of sources including Statistics Canada and the Canadian Institute for Health Information, the Pan-Canadian Joint Consortium for School Health and American College Health Association, and Service Canada.

In addition, the MHCC has been instrumental in the creation of a nation-wide Mental Health and Addictions Information Collaborative that provides a forum for the support and alignment of initiatives aimed at enhancing mental health and addictions information in Canada.

Over the last few decades, more and more countries have come to recognize the immense impact of mental health problems and illnesses — including addiction — on individuals, families and...
READ MORE 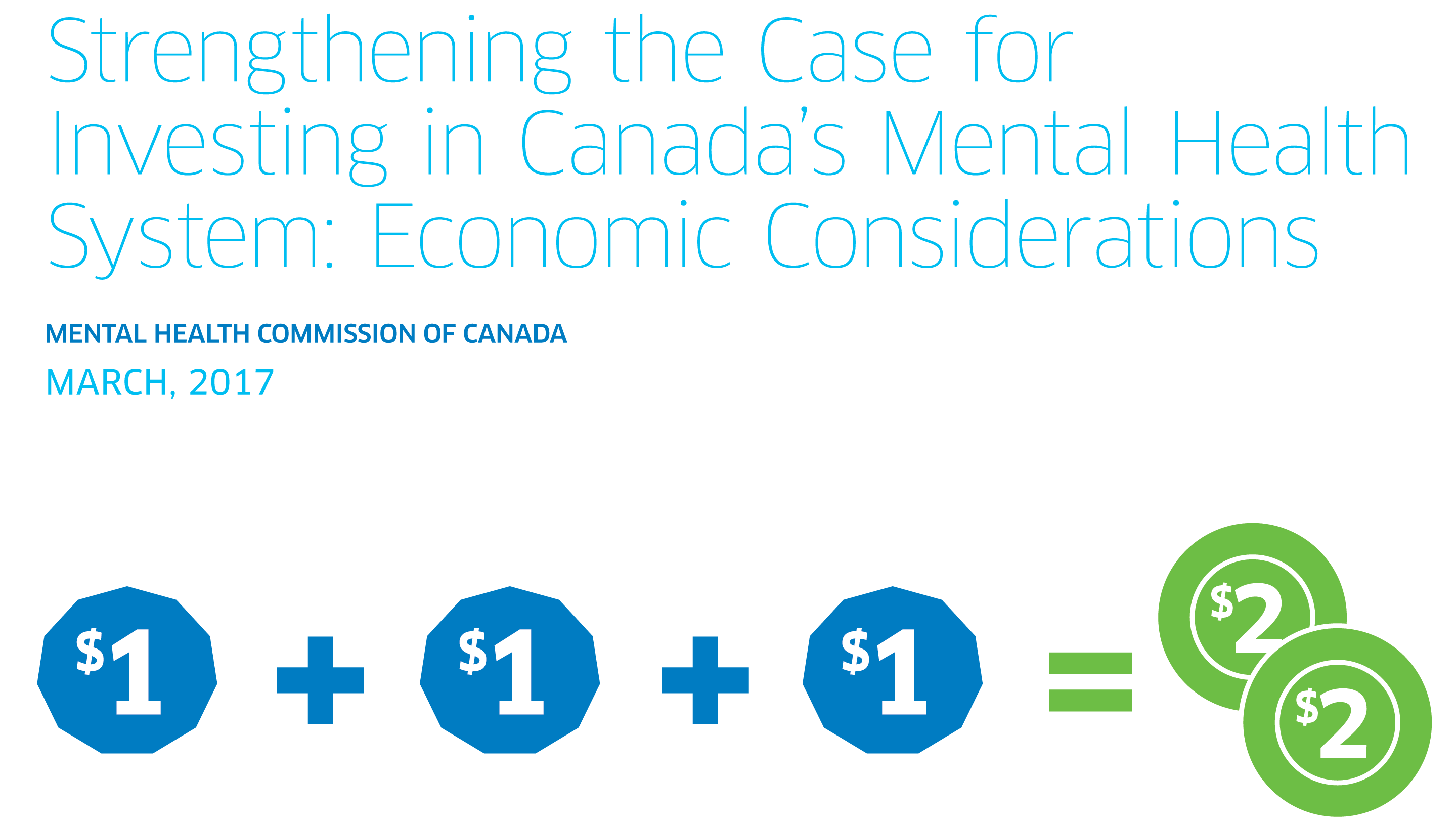 Strengthening the Case for Investing in Canada’s Mental Health System