Home › Blogs › Living in the present: How I learned to stop looking forward

Living in the present: How I learned to stop looking forward 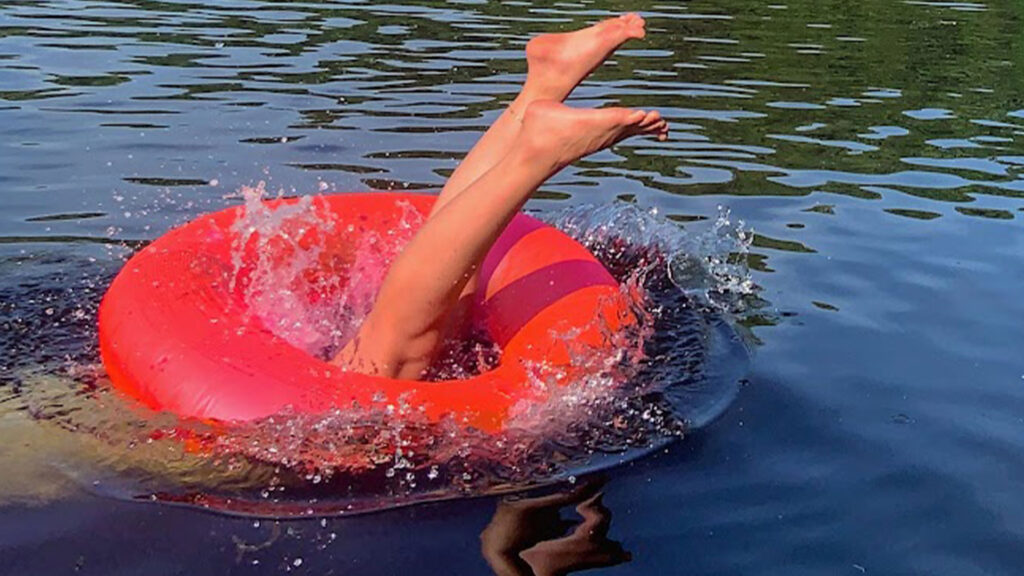 As I languished during the isolation of the pandemic in March 2020, I was forced to live in the present.

I was luckier than most when the global pandemic erupted in early 2020. I had a car, and I lived near the country. I was still deeply impacted by the necessary isolation, and as the weeks dragged on a sense of lethargy, maddening boredom and loneliness began to creep around me.

The snow soon thawed, and I took to my car for refuge. When I’m driving, even to 7/11 for snacks, it’s like I’m doing something, going somewhere. This illusion kept me grounded during a time where life seemed so desolate.

As the eerie stillness gnawed at me, my drives grew longer. I discovered places where I could sit, breathe, and observe nature. I noticed things as I drove, and soon I began to pull over when I saw something appealing, whipping out my phone and hopping out of the car while it was still running.

Spring bloomed into summer, and I spent my days driving listlessly and taking pictures. Slowly, my cameras accumulated in the passenger seat, and a new habit was born. My car and cameras became my closest companions, and I started to use photography to truly experience “living in the moment.”

The photos weren’t extraordinary –– a tree shrouded in the mist, its bare branches swaying; a bright orange sun reflected in a silent stream –– but I didn’t photograph these things because they were profound. They grounded me in the present, which was new to me.

I’m a planner. I need to know what’s next, to map every step forward meticulously. I’ll often enter a perfectly planned stage of my life without giving myself time to revel in my accomplishment before I start planning my next move.

That being said, the forced stagnancy imposed in 2020 stressed me out. Not knowing what was next, just not knowing made me tense and distracted.

Before, when I began taking photos more seriously, I’d photograph things in a clean-cut, symmetric sort of way. If there was a silhouette, I’d frame it in the centre. I required perfect days, and the photo would need to be what my eyes saw exactly, not creatively framed, or abstract at all. Once, my sister told me my photos looked like Google Image results, that if she searched a location photos like mine would appear, and that nothing about them was unique.

This annoyed me then, but now I get it. My photos were too poised, plastic even. Totally lacking in originality.

This period of my life enabled me to appreciate living near the country. Anytime the elements shifted, orienting themselves in a way that grabbed me, I’d head in the direction of that ephemeral muse. I began capturing moments with a transformed perspective and objective.

One morning, a fog blanketed the ground. I jumped in my car and drove deeper into the country, taking pictures of cows grazing, sprawling farmlands, birds swooping low over the river. I also did this during a lightning storm, after a heavy rainfall, and in the hour before sunset and sunrise nearly every day. I focused on what I could see, hear, and sometimes touch. I carried this new skill with me, and I genuinely believe that I am a better photographer and artist altogether.

When I had no future to predict or curate, I had the present. I had what was around me all along, and I’ve managed to immortalize it in a way I never could before. Instead of trying to capture something that seemed authentic, I began to take pictures of moments as they happened.

Now, as I adjust to my new normal –– living in a different city, embracing new experiences, meeting new people –– I can actually enjoy the present instead of trying to predict the future.

The anxiety about the future is still there, but it’s dulled by the realization that one day the future will be the present and I’ll have been busy making the most of it, cultivating perspective which will benefit me today and forever.

Aishah Khan is a recent writing and communications student who is slowly settling into her niches of feminism, mental health awareness and editorial writing. She is an avid reader and media consumer, and one of her all-time favourite books is A Tree Grows in Brooklyn. In her spare time, Aishah can either be found drawing or painting in the winter, and camping, canoeing and swimming in the summer.