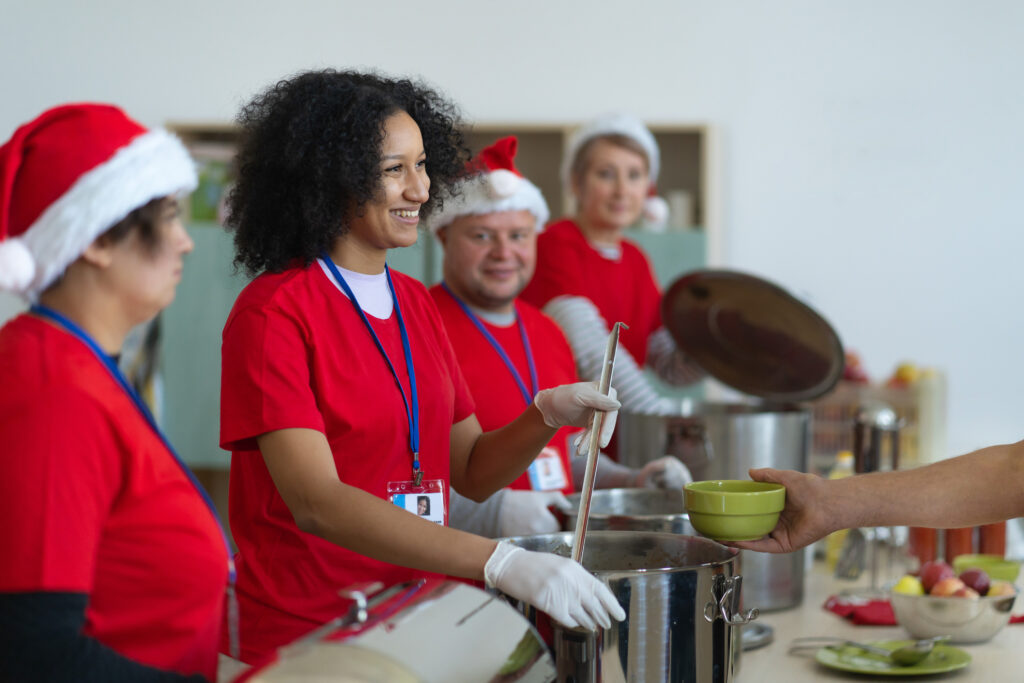 Give back, feel better

Sugar and Spice — and Trying to Be Nice

Over the holidays my inner voice proves to be the most critical as I straddle the pull of a commercial Christmas and the deep-seated draw of Kwanzaa. On tackling the minefield of tackiness, tinsel, and trappings of the season.
Read more

Dr. Manon Charbonneau remembers the day vividly, though she’d rather forget it. “So that’s it, then — cancer,” she recalls saying in disbelief with her eyes locked on the digital images of her mammogram. The radiologist confirmed the diagnosis, and in a moment her world was “completely dismantled.”
Read more
By Suzanne Westover

Volunteering, an antidote to the holiday blues

The holidays aren’t always a time of celebration. For some, stress and anxiety are as pervasive as the pretty decorations that adorn offices and storefronts. While it may be counterintuitive, getting out and doing good for others can be a powerful antidote to the holiday blues.

According to Keith Dobson, professor of clinical psychology at the University of Calgary and past president of the Canadian Association of Cognitive and Behavioural Therapies, it’s not uncommon to prescribe volunteerism to help clients become more active and engaged in their lives.

“Altruism is associated with lots of positive benefits,” said Dobson, who used to volunteer at a crisis line as an undergraduate student. “I developed psychological counselling skills, connected with like-minded students, and was able to give back to the community.”

But, as he also points out, the motivation behind the volunteerism matters. “In psychology, we talk about attributions for behaviour — in other words, the causes for why we do things. Interestingly, we derive the greatest reward from volunteerism when we aren’t seeking any personal gain.”

Dobson listed several potential benefits of volunteerism, which include becoming more connected with others, combating social isolation, improving your physical health, and bringing fun and fulfilment into your life. Volunteering also has the advantage of costing you little or nothing except your time and commitment.

He believes that the more you’re doing it because of “internal attributions” — that is, so as to help others rather than gain recognition or benefits for yourself — the more rewarding the experience will be.

Wendy Hepburn, an adviser for strategic partnerships at the Mental Health Commission of Canada (MHCC), can attest to the joy derived from giving some of her time.

Once a month, she leads clients and volunteers in the preparation of a community meal at the Parkdale Food Centre. Each time, they learn new recipes, cook the food, and dine together.

“There are so many advantages to a program like this,” said Hepburn, who became visibly relaxed while sharing the experience of being part of something that works to nourish so much more than appetites. “This program does a lot more than combat hunger. It addresses the social isolation so many people feel and brings volunteers and participants a sense of accomplishment and connectedness.”

Hepburn, whose role is to make a meal plan, shop for groceries, then help prepare the meal, smiled as she recounted a few of the recipe fails. “This isn’t about cooking a picture-perfect dinner. It’s about the laughs we share when something goes wrong, the skills we learn from the clients who’ve worked in food service, and the sense of adventure that comes from trying new foods.”

It’s that same sense of adventure that inspired Erin Wake, an MHCC knowledge mobilization coordinator, to spend a week of her vacation volunteering at Camp To Belong, where siblings separated by the foster system are reunited for a marvellous week of togetherness.

“I can’t begin to tell you all the things I got out of that week,” she said, as tears welled up in her eyes while recalling the joy and wonder of watching brothers and sisters reconnect. “What a gift it is to know you can get so much by simply giving your time.”

Wake, who has made volunteerism a central part of her life, acknowledges that it’s a feel-good activity with zero cost and a 100 per cent net benefit.

That’s partly why companies have begun recognizing the value of harnessing employees’ altruism. In The Business Case for Giving Back, an April 2019 report by Volunteer Canada and its partners, 70 per cent of the 66,000 employees surveyed said they’d be more loyal to an organization that helps them contribute to social and environmental issues.

And, as Dobson reminds us, while the holidays are the time many of us renew our focus on giving, it’s also when charitable ventures can be overwhelmed with volunteers.

“Don’t lose the momentum brought on by the holidays. Ask the agency you want to work with how you can best help them,” he said. “Consider ‘banking’ your time — and harnessing those good holiday intentions to volunteer later into the new year, when other people’s motivation tends to wane.”

For Wake and Hepburn, volunteering isn’t just an activity. It’s integral to their success, both professionally and personally.

“They say it’s selfless to volunteer,” said Wake. “And while this may sound like a cliché, the sense of fulfilment that comes from bringing joy to others is priceless.”

To find out how you can volunteer, visit Volunteer Canada or contact your local community centre.