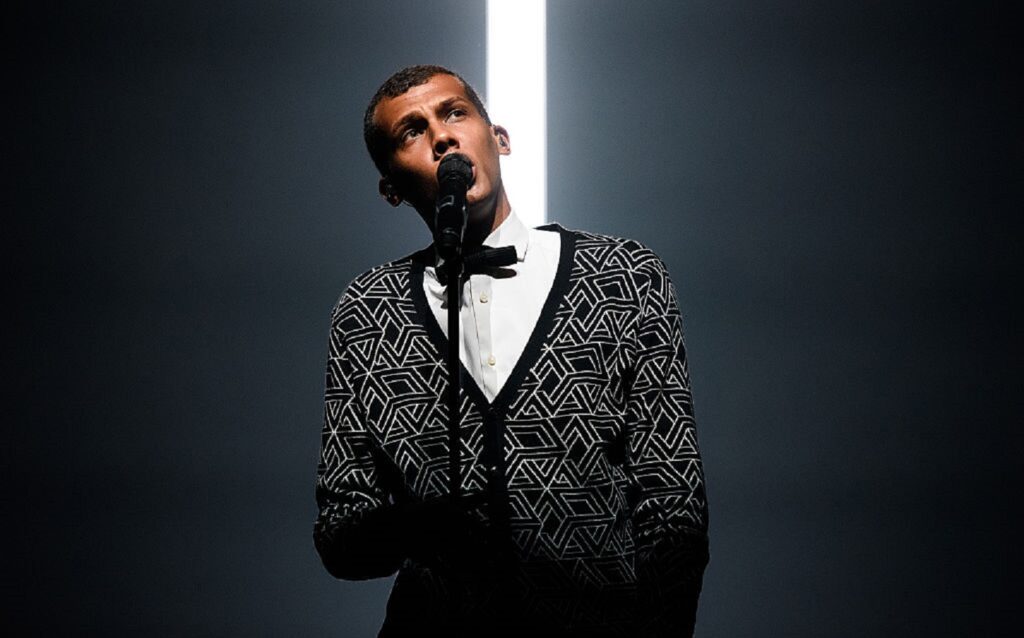 Belgian singer Stromae — whose European hits meld weighty themes with clubby beats — touches on the complexities of mental health on his recent album, Multitude. Ahead of his North American tour, Florence K — CBC Music host, singer, author of three books on mental health, and PhD candidate in neuropsychology — looks at its lyrics and layers.

We read it everywhere. We see it everywhere. We say it everywhere. There’s no place for shame or guilt when mental suffering knocks on our door and no valid reason to maintain stigma around mental health. It took a lot of speeches, awareness campaigns, expert testimonials, and hashtags to spread that message until it became loud and clear and to make inroads into social norms still enclosed by taboos.

This work has taken decades.

Yet in one song — in just a few sentences — Stromae challenges an entire generation, and he needn’t say more. A loose translation of the lyrics from “L’Enfer” (Hell) is at once hard-hitting and spare:

I’m not alone…To say that many others have already thought about it, but still, I feel alone…As a result, I sometimes have suicidal thoughts and I’m not very proud of it…These thoughts that make my life hell. —

While words are his craft, Stromae is a man of very few. His raps are slow, and he never crams syllables into the same verse. The effect is like an underline — his words stand out and paint precise images that linger and stick in your mind — you can’t unsee them.

Pretty pictures aside, there’s also plenty of straight talk throughout the album. On the same track, Stromae steps out from behind the metaphors to discuss his mental health challenges and the sense of shame that would wash over him, despite his best efforts to be vocal and challenge stigmas.

The echo of this refrain has resonated in millions of hearts, validating the suffering many of us feel. In this chorus, listeners have a chance to step away from solitude and feel, for a moment, less alone. How many have asked themselves, “If Stromae suffers from depression, maybe I’m not the only one? Maybe I shouldn’t feel so bad?” 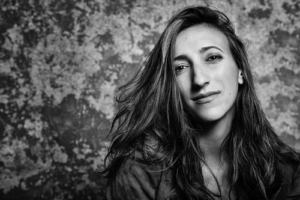 It’s an important message because, even after decades of work, depression is still too often seen as a sign of laziness or weakness. Yet nothing could be further from the truth (Stromae’s prolific career is shorthand for that). Research shows that depression is a mental health disorder whose causes involve biopsychosocial interactions with complex mechanisms — neurophysiological, genetic, psychological, and environmental — that factor into each individual’s unique situation.

In opening up about his experiences, Stromae is declaring that a mental health disorder is not a choice and not something that discriminates by socio-economic class, by education level, by the contents of one’s wallet, or by one’s success. There’s a side effect to these words, set to endlessly catchy music; namely, that it reaches people differently than a public service campaign. That’s the magic of the album. And he advances the cause in leaps and bounds without a commercial tinge. The songs and lyrics have nuances and textures as real as the vicissitudes of life in all its rich complexities.

The full range
As with “L’Enfer,” the album’s other tracks are forthright accounts of the state of our society. It brings to mind the words of the rap group N.W.A., who said, “Our raps are documentary. We don’t take sides.” In that sense, Stromae’s album also avoids simple polarities with an honest portrait that isn’t couched in toxic positivity or end-of-the-world pessimism. Nor does he seek to be a standard-bearer for a particular disease or social cause or claim to be The Defender of All Those Who Suffer. Still, his lyrics have teeth.

In “Déclaration,” he denounces the hypocrisy of those who pride themselves on being fashionable feminists, while true progress continues to elude society. Stromae’s sarcasm belies a benevolence that serves as a through-line on the album. You hear the compassion clearly on the track “Santé” (Health), a celebratory toast to the disregarded: pilots, nurses, long-haul truck drivers, flight attendants, fishers, and bakers — along with professional insomniacs and “those who do not have the heart for celebrations.”

Let’s celebrate those who don’t celebrate themselves. A toast to the heroes of the worst times. —

In “La Solassitude” (which combines loneliness and lassitude), he explores the ups and downs of romantic relationships and the with-or-without-you challenge of maintaining a quality couplehood. He also looks at real solitude — that inner emptiness that follows you like a shadow and is seemingly inescapable no matter the surroundings.

In expressing the maudlin dark sides next to life’s more luminous moments, Stromae avoids easy divisions of “good” and “bad.” Yet he offers a winking reference to black-and-white thinking in two songs artfully sequenced toward the album’s end: “Mauvaise journée” (Bad Day) and “Bonne journée” (Good Day). Back to back, they express wry and poignant lyrics where listeners will likely recognize themselves in one way or another. They do so because we all have our ups and downs, just like we all experience a multitude of states of mind and see our lives from different angles as our perspectives evolve and shift. As Stromae reminds us of this, his album has a uniting effect. It reaches out to those who may need to hear that they’re not the only ones suffering in this giant universe, where we’re all just trying to get by.

Author: Florence Khoriaty is a singer, songwriter, pianist, and weekly host of C’est formidable! on CBC Radio One and CBC Music. She is completing her doctorate at UQÀM.
Photo: Matthew Eisman/Getty Images