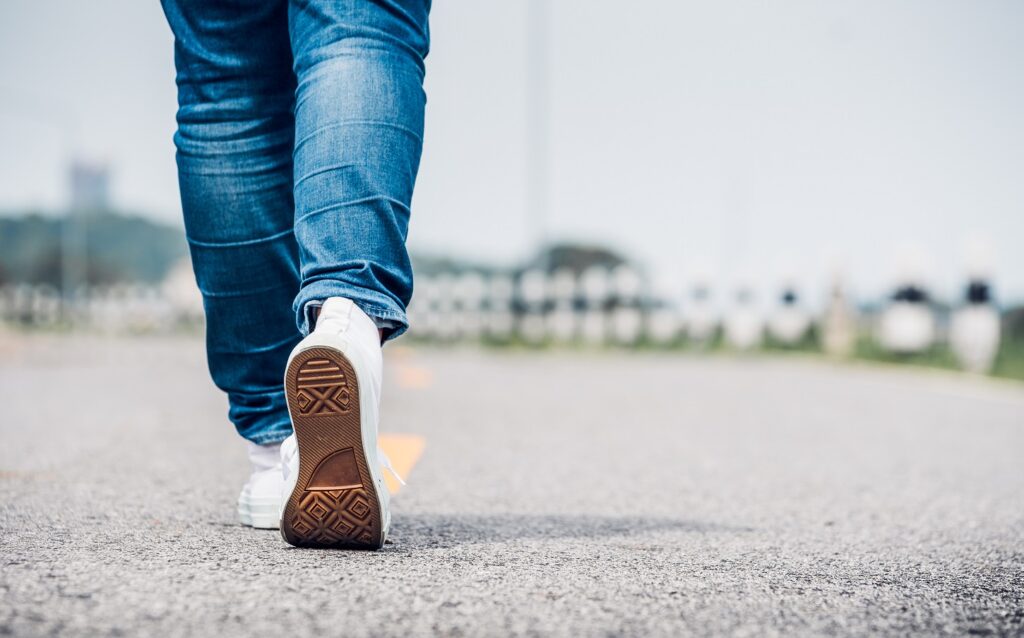 The day before I left my relationship, I wouldn’t have believed you if you’d told me I was a victim of intimate partner violence. Looking back, I understand there can be many reasons and complex factors involved, like the way people living with abuse (physical, mental, or emotional) normalize their situation.

“It’s not so bad, things will get better when he gets that promotion/finds a better job/comes back from that trip. . . .” You get the picture. Meanwhile, as you’re waiting for things to improve, the risk that they’ll actually get worse — with more frequent and severe abusive episodes — grows higher.

I also understand that normalizing is a very common coping mechanism. It can be hard to accept that you’re in a life-threatening situation. I know because I did it myself. Yet normalizing can also keep you stuck in bad circumstances, especially if your partner is manipulative. Such people can sense when you are becoming distant or thinking of leaving, and they work hard to reel you back in — going into honeymoon mode, bringing home flowers, and making big shows of affection.

I endured two years of abuse before I woke up one morning and knew that I had to leave my relationship — no matter what. It was as if my survival instincts had finally kicked in after being dormant over many months. While I’d considered leaving many times, and even threatened to do it on a few occasions, things were now different. Suddenly I knew there was no going back.

People who’ve never had these experiences wonder why those of us who do choose to stay or find it hard to leave. I don’t think there’s any simple answer. Often, the abuser has tight control on them, on their finances, on their children, and on the family dynamic.

A sense of shame is also a powerful factor. It’s very common in these relationships to feel shame for being on the receiving end of abuse and for enduring it. An abused person will often blame themself, sometimes subconsciously. And abusive partners often blame the person they abuse for their own behaviour.

Abuse happens far more often than you might think, regardless of age, gender, culture, nationality, or socio-economic status. To someone experiencing abuse and the collection of dilemmas it brings, it can feel like a problem that can’t be solved on its own terms. Because it is. The abuser has defined and set the terms of the relationship, and the person who wants the abuse to stop sees no clear way out. Because there isn’t. Not until they find their way through to the point of rejecting the entire power dynamic and accepting the consequences of leaving. And such consequences can be severe. Someone fleeing abuse will frequently experience loss on many levels: material, social, emotional, and personal.

Family members or friends often express surprise when they find out about abuse. While that’s partly due to the silence and isolation fuelled by shame, much of it arises because the abuser goes to such great lengths to control their image, their reputation, and the narrative of the relationship. Despite these efforts, abuse almost always leaves signs. It’s just that people don’t usually recognize them, or else they choose to look past them or discount them.

Running on instinct
My abusive partner was highly manipulative, callous, selfish, and controlling. One way he controlled the narrative of our relationship was by constantly calling my commitment into question. Even after moving in with him, and lending him large sums of money, he frequently lamented my “lack of commitment.” He painted a picture of himself as a victim of my uncaring selfishness.

This kind of victim blaming is a frequent weapon of choice for an abusive partner. Another is gaslighting, a term from an old movie (Gaslight) about a young woman whose husband manipulates her into believing that she’s losing her sanity. In the context of disordered relationships, the term means emotionally manipulating and abusing a partner to the point where they doubt their own sense of reality. It’s a way of keeping all the control in a relationship and sustaining access to resources: money, affection, attention, energy, validation, admiration, and respect.

The day I woke up and decided to leave, I knew I needed to find a way to stay the course. I also knew that I was in danger of losing my nerve and my resolve. While I was able to recognize that I was fragile and emotionally unstable, I was struggling to think clearly (a psychological effect of ongoing trauma). But it was now or never. I had to do something quickly because it wouldn’t take long for my partner to sense that something was up. I didn’t have the wherewithal to call an 800 number or do a Google search. If you had told me I needed a safety plan, I would have drawn a complete blank. All I knew was that I needed to leave and that my life depended on it. Because of that, I somehow switched into a survival mode that allowed me to formulate a plan and act on it.

I booked a few days off from work (I had managed to maintain a successful career despite my situation) and began searching for an apartment to rent.  Though I was able to secure the first suitable apartment I could find, it wasn’t available right away. So I booked a storage facility for my belongings and a hotel for myself, while thinking, How would someone with fewer resources manage all this?

To take care of the larger items, I booked a mover for a day that I knew my partner would be at work. But my plan hit a snag. Instead telling the moving company that I was fleeing an abusive relationship, I simply told them it would be a small job. Assuming that they would arrive when they promised turned out to be a big mistake: they showed up four hours late.

I would end up leaving most of my possessions behind, almost everything.

How to help
If you know (or suspect) that someone you know is facing this kind of unsafe situation, the best way to help is offering to listen. It’s also important that you mean it. Don’t offer just once and fade into the background. Be persistent. For someone experiencing abuse, it often takes more than one try for someone to confide in you. By taking on the role of an oblivious bystander and doing nothing, we can unintentionally contribute to the abuse. When you see something, say something.

An abusive partner may display anger or have a quick or unpredictable temper. They may blame you for their violent outbursts and physically harm (or threaten harm) you, themself, and members of your household, including children or pets. They may be demeaning or put you down by insulting your appearance, intelligence, or interests. They may try to humiliate you in front of others and attempt to destroy your property or things you care about. They may keep track of everything you do, insist that you reply right away to their texts, emails, and calls, and demand to know your passwords to social media sites, email, and other accounts.

Recognizing signs that someone you know is experiencing abuse:

If you are worried about a friend’s safety, stay in touch. To keep communication lines open, avoid making the abuser suspicious. You can create secret code words to use in conversations that can help you communicate more safely. Ask your friend how they prefer to connect. Establishing a safe communication channel is important since, in many instances, they will be physically close to an abuser who might be monitoring conversations. Ask if your friend prefers an instant message or text over a call, and if there’s a specific platform or app they prefer. Be supportive and believe them. Reassure them that they are not alone and that help and supports are available. Recognize that it may be difficult for them to talk about the abuse. If they want to talk, listen carefully and be empathetic.

Sixteen Days
The National Day of Remembrance and Action on Violence Against Women on December 6th is about remembering those who have experienced gender-based violence. It is also about taking action. Each December 6, people across Canada are invited to honour and remember the 14 women who were murdered at Polytechnique Montréal on that day in 1989, which falls within the 16 Days of Activism Against Gender-Based Violence from November 25 to December 10.

Resources
Recognizing signs of abuse: Frequently Asked Questions: The Signs of Relationship Abuse and How to Help, from UN Women.

Support services across Canada from the Canadian Women’s Foundation.

Author: [Name withheld] continues to reflect upon and share her lived experience to raise awareness of intimate partner violence.
The views and opinions expressed in this article are those of the author(s) and do not necessarily reflect the official policy of the Mental Health Commission of Canada.