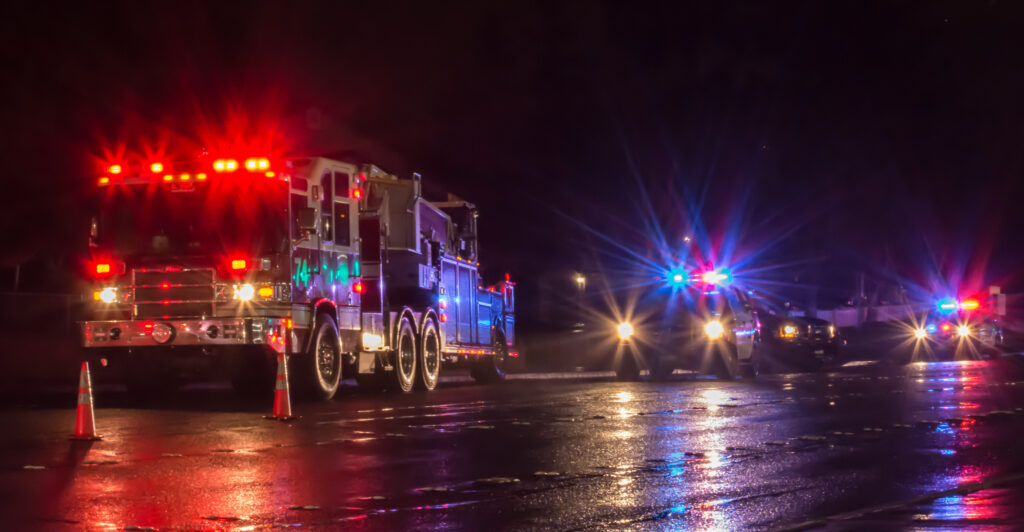 A mayday signal for mental health

When firefighter Steve Jones first completed his course to become a trainer for The Working Mind First Responders (TWMFR), he was encouraged to share some of what he’d learned with his crew.

“What I thought would be a 15-minute conversation turned into three hours,” said Jones, an acting platoon chief with the Burlington Fire Department. “Guys opened up about serious mental health problems in their families and in themselves, things that I had no idea were going on. That was the moment it hit me — we all know someone who’s struggling.”

TWMFR, which has recently been updated and adapted to a virtual format (until in-person learning can safely return), is designed to build awareness, reduce stigma, strengthen resilience, and encourage mental health conversations among first responders.

Participants are introduced to tools like the colour-coded mental health continuum to increase self-awareness, as well as to coping strategies and resources to better support themselves and each other.

Jones notes that while the material is deceptively simple, its impact extends far beyond the classroom. “Trajectory is one of the most important concepts. One short conversation about mental health, or the moment of courage it takes to say “I need help,” can alter someone’s trajectory forever. That’s what makes this course so powerful.”

A series of double standards
Part of that trajectory shift comes from the course’s emphasis on reducing stigma, which as Jones points out, often manifests as double standards around mental illness.

“When someone returns to work after a back injury, we don’t question whether it’s going to hold up on the job. We trust the process to clear them for duty and move on. But when someone returns after a psychological injury, that implicit trust isn’t there.”

Even more pervasive, he says, is the self-stigma that often comes from admitting one’s own struggles or having sought support — a point he tries to emphasize as a facilitator.

“I’ll ask my group to raise their hands if they think their crew would come to them if they needed to talk, and most hands go up. Then I turn the table, and ask if anyone would reach out to a teammate to share their own challenges, and the response is much different. First responders want to help people, but asking for help is a whole different beast.” 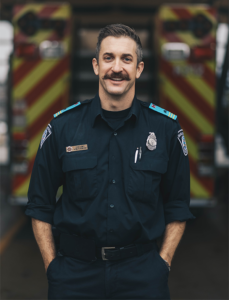 Saving lives begins at the station
Recognizing stigma as a barrier to support his own department is partly what led Jones to become a trainer for TWMFR. Since then, the course has been rolled out across Burlington Fire, leading to a palpable culture shift (and an increase in employee and family assistance program use) that has resulted in other departments reaching out for guidance.

While Jones’s enthusiasm for TWMFR is largely driven by the positive impact it’s had in his own department, it’s the transformation he sees in his participants that continues to feed his passion. “There’s nothing more rewarding than having someone come up to me at the end who says, ‘I really needed this,’ he explained.

“I truly believe I’ve saved more lives in my five years as a trainer for TWMFR than in my 20 years as a firefighter.”

That sentiment was echoed early on in Burlington Fire’s rollout of the course by a surprise guest speaker — a retired fire captain who had asked to speak to the group at the beginning of a session.

“He reminded us that, as firefighters, we invest hours into training that will keep us safe in the field. There are drills for all types of situations so that when the floor gives out beneath you, all you have to do is call ‘mayday’ and you’ll be rescued. . . . But when you’re struggling with a mental health problem, and it feels like the floor is giving out, there is no ‘mayday.’ By training to protect our mental health, we’re training to save lives.”

As Jones recalls, the message struck a chord with everyone in the room. The retired captain was not only a well-respected mentor, he was someone who had seen the consequences of neglecting mental illness across his career, including losing a teammate to suicide.

“After that day, he came back and spoke to every training group before the start of the course. No matter how many times I heard it, his words hit home and my trajectory shifted a little bit more.”

To learn more about the benefits of TWMFR Virtual for your organization, contact bd@mentalhealthcommission.ca