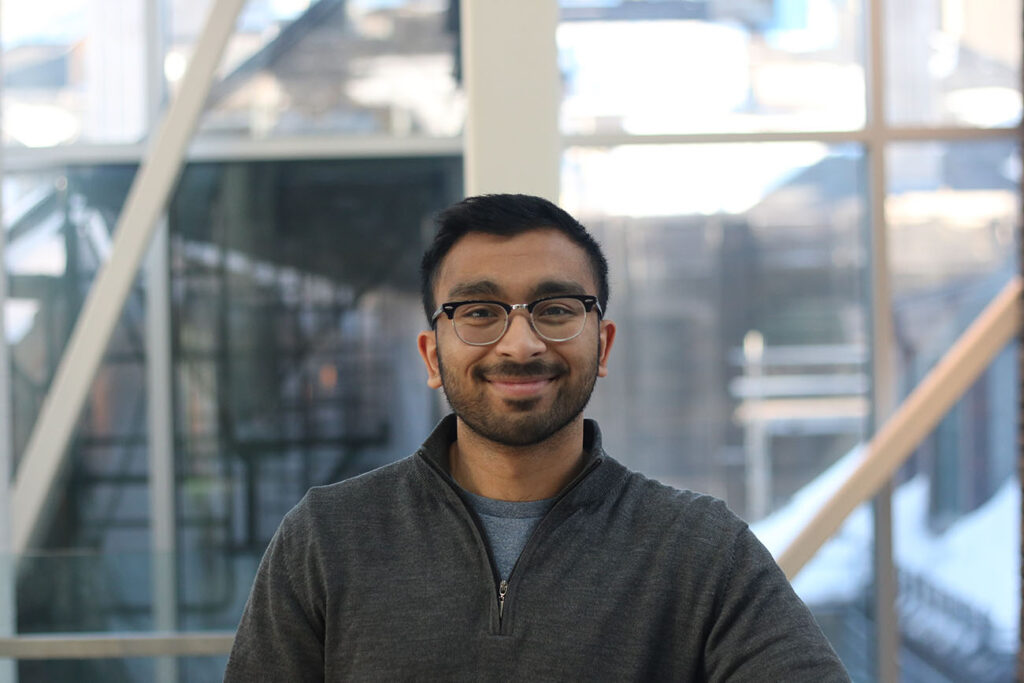 MHCC injects board with the insights and experience of youth

First, it’s best not to assume we know how that person feels and what they should do. I often say, “Don’t let anyone “should” on you today, and don’t “should” on yourself. So, let’s get away from our preconceived notions of what the person should do.
Read more

“I’m so glad you’re Black.” That’s the first thing Donna Richards hears from her new client. But as one of the few African, Caribbean, and Black (ACB) clinicians working in the client’s Employee Assistance Program (EAP) — and one of the few ACB psychotherapists in Canada — she hears it a lot.
Read more

Armaghan Alam (who goes by Army) comes by his passion for mental health honestly. At 14, he found himself an ocean away from his family at a boarding school in Ontario.

“I was born in Pakistan, but we moved around a lot,” recalled Alam, who is currently a medical student at the University of British Columbia. “My family was living in Saudi Arabia, but I chose to pursue schooling here.” The gulf between Alam and his family left him feeling isolated and adrift. Peer support became a veritable lifeline.

“I quickly saw the value of a listening ear and, in turn, lending a hand to others,” he said, a belief he carried to McGill University, where he helped expand its peer support initiatives and quickly became a campus champion.

Now, at UBC, he’s found himself in a culture where it’s a much harder sell. “It’s ironic, really, because if anyone needs to be able to decompress with someone who understands the depth of their experiences, it’s medical students.”

But the “hidden curriculum” that puts self-sacrifice at the top of the syllabus makes them reluctant to come forward.

“I think there’s a wall that health-care providers have to put up in order to care for their patients,” he said. “We’ve got to be able to compartmentalize to do our job effectively. But when it comes to managing our own emotions, the wall can become our undoing.”

That such stigma was slowly being peeled back in recent years among health-care workers isn’t in dispute. Yet Alam worries whether those delicate incisions into the entrenched culture of stoicism will be overgrown by the scar tissue left by COVID-19.

“Just as we were beginning to talk seriously about health-care providers caring for themselves, we have a global pandemic that is seeing their selflessness being celebrated in all corners of the world. We’re holding up our health-care workers as the heroes they are — but when do they get to take off their proverbial capes and put their feet up? Who is looking after them?”

Alam likens the pandemic to a chronic disease that needs to be managed rather than an acute symptom that can be more readily addressed — and everywhere he turns, he sees its mental health implications.

“To look after mental health means good social policy, sound economics, and a functioning justice system,” he said. “It means addressing racism, intergenerational trauma, and the cultural barriers to care.” As a member of an immigrant community, Alam’s perspective offers a lens into the unique hurdles facing ethnocultural groups, where mental illness remains highly stigmatized.

Being an avid reader and life-long learner, mental health offers him endless avenues of fascinating study. And when he considers his future career, Alam is confident that, regardless of the speciality he ends up pursuing, he won’t stray too far from his passion.

“Whether I elect to focus on psychiatry or surgery, the fact is, every patient is more than just the sum of their diagnosis. Some of the most profound, life-changing conversations I’ve borne witness to have happened just before a patient goes into surgery. Staring down your mortality is one of the most powerful things anyone can experience. Being there with them in that moment — that’s not too far removed from why I fell in love with peer support.”

Bringing his skills and experience full circle, Alam is excited to offer his spirit of curiosity to the Mental Health Commission of Canada’s (MHCC’s) board of directors, where he’s keen to learn from experts in economics, justice, and governmental affairs.

“On several occasions, I’ve had the privilege of speaking with Dr. David Goldbloom (the MHCC’s former board chair), someone I looked up to in my formative years. To have a seat at the table he once helmed . . . it’s an honour beyond measure.”