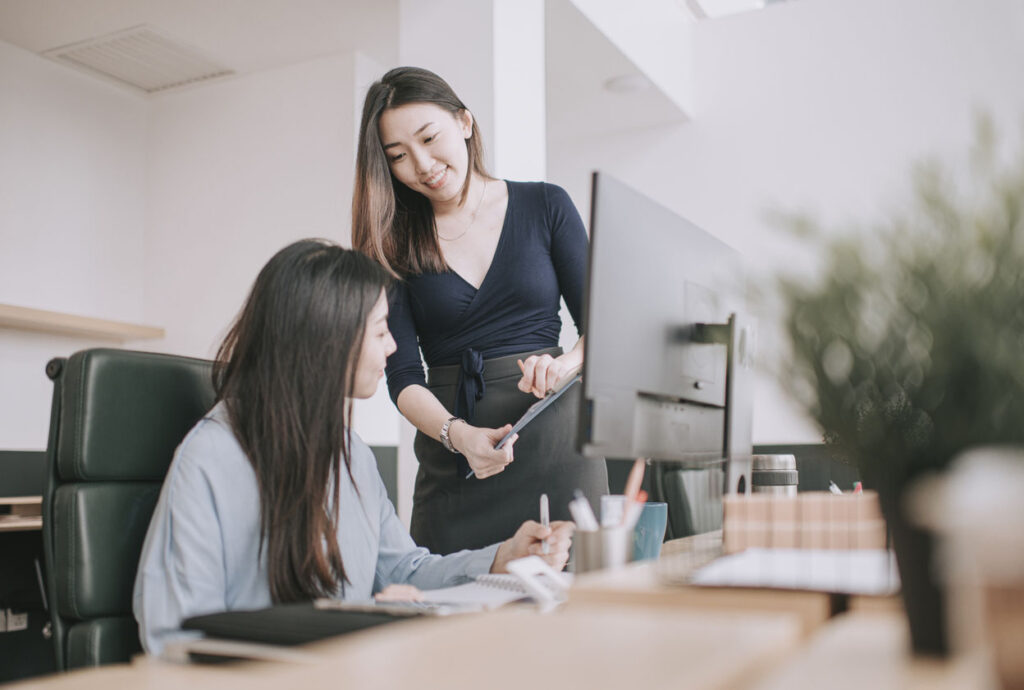 Welcoming women back to work

For employees, the past two-plus years have been a whirlwind. After COVID-19 threw the world into disarray, people were forced to grapple in the dark and adjust to new work environments.
Read more

Evidence that strong interpersonal connections are essential to our mental and physical health is growing. And these ties may be more important as we age, particularly among older adults living in retirement residences and long-term care homes. According to Dr. Kristine Theurer, who’s been a researcher in the long-term care sector for more than two decades, “We all yearn to connect with others, and for many people, moving into a residence means seeing friends and family less frequently. So it’s crucial for them to make new connections.”
Read more

Even before the onset of COVID-19, statistics told a story of a persistent unequal division of labour, with women shouldering more unpaid housework and caregiving responsibilities than men.

As quarantine measures began, the toll on women only deepened — both at home and at work. One recent study found that mothers were more than twice as likely as fathers to be worried that their work performance was being judged negatively because of caregiving responsibilities.

“The statistics are stark — yet not surprising if we look at the context,” said Louise Bradley, the Mental Health Commission of Canada’s (MHCC’s) president and CEO. “Not only am I concerned about losing — literally overnight — the hard-won progress toward equality that was gained over decades, I am also worried about the mental wellness of women who are being asked to make an impossible choice.”

According to a recent national survey, one-third of working women have thought about quitting their jobs because they are juggling home-schooling, homemaking, parenting, and professional responsibilities.

For those who do leave their jobs, re-entering the workforce can lead to a fruitless game of catch-up.

A new resource
When it’s time to go back into the working world, women are confronted with emotional and practical challenges that their male counterparts rarely have to consider. To assist employers who wish to support women employees in making a strong return to the workforce — while keeping mental health front and centre — the MHCC has created a new resource.

The recommendations emphasize the importance of things like flexibility, workload management, and empathy, regardless of the reason for needing time off.

“Few workplace resources account for the unique challenges faced by women, and that’s a problem,” said Tiana Field-Ridley, an MHCC implementation specialist on the Workplace

“My mother is contemplating a return to work after spending her prime earning years supporting her elderly parents. It just illustrates that women may need support making the transition in and out of the workforce more than once in their lives. Our minds may turn to gaps associated with maternity leave, but we’ve got to broaden our thinking to span a woman’s entire professional life.”

In addition to supporting women’s mental wellness through the transition back to work, the new resource encourages employers to be aware of implicit biases that may be limiting their hiring pool and work to strengthen policies so they uplift women.

“We’ve got to re-educate employers about gaps on resumes, for example,” said Liz Horvath, manager of the Workplace Mental Health team. “A gap shouldn’t automatically be interpreted as an alarm bell. It might have also been an opportunity for that person to explore and gain new skills while tending to someone else’s needs. Caring for a sick relative can lead to incredible growth in a person’s compassion or organizational skills.”

As Horvath points out, being able to reframe a woman’s expertise following an absence has great value, especially when you consider that 62 per cent of the jobs lost between February and March of 2020 were held by women.

“Many of the jobs in schools, child-care centres, hotels, restaurants, and shops were gendered roles. But that in no way diminishes the skills required to pull them off,” she said.

Start with transparency
For employers, welcoming women back to work can also include postings for new jobs.

“Attracting great female candidates can be greatly enhanced by transparency in job postings, which could include anything from being vocal about diversity to enthusiastically promoting flexibility,” said Horvath. “That could also translate into offering on-the-job training, in recognition of the fact that women will often take themselves out of a race before it has even begun.”

“I’ve seen this throughout my entire career,” added Bradley. “That adage about a woman seeing a job posting and choosing not to apply because she only has 80 per cent of the qualifications, whereas a man may throw his hat in the ring even if he’s got significantly less, is trite because it’s true. So, as organizations we’ve got a responsibility to be as inclusive as possible lest we alienate great contributors.”

Above all, said Field-Ridley, the best way any of us can support a woman who is returning to the workforce is to build her up. “It takes a lot of confidence to return to work after an absence,” she said. “With the right approach, employers can create a supportive environment for women to flourish and meet their full potential.”