Closing the Research Gap on Cannabis and Mental Health

Canada is just the second country in the world to legalize cannabis for non-medical use. This decision offers researchers an unprecedented opportunity to study the impacts of cannabis use in a legalized environment— including its effects on mental health. To seize that opportunity, the federal government has allocated $10 million to the Mental Health Commission of Canada (MHCC) over the next five years to investigate the risks and benefits of cannabis as well as the varying needs of diverse subpopulations of people living in Canada.

Our goal over the next five years—and beyond—is to fill knowledge gaps related to cannabis and its impact on mental health. Key questions include:

What factors predict an increased risk of developing mental health problems and illnesses (including psychosis) among individuals who use cannabis?

Has legalizing non-medical cannabis affected the prevalence of mental illness?

Can cannabis and cannabinoids be used to treat the symptoms of certain mental health problems and illnesses, such as anxiety and post-traumatic stress disorder?

Existing research shows that risks associated with cannabis use are affected by the age of initiation, frequency, and method of use and by the ratio and concentration of the cannabinoids (e.g., tetrahydrocannabinol [THC] versus cannabidiol [CBD]) most frequently used.

The provincial Mental Health and Addictions branch works in partnership with many community services, agencies, and programs to provide a client-focused continuum of care to meet the unique needs of...
READ MORE 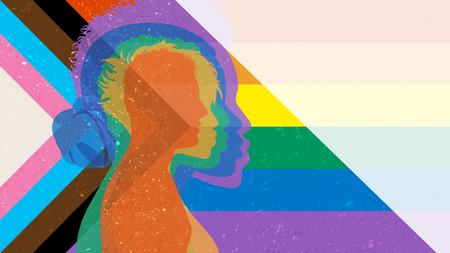 Mental Health and Substance Use During COVID-19: Spotlight On 2SLGBTQ+ Communities in Canada

It has been two years since the onset of the COVID-19 pandemic. Since October 2020, the Mental Health Commission of Canada (MHCC) and the Canadian Centre on Substance Use and...
READ MORE
Tweet
Tweet
Tweet