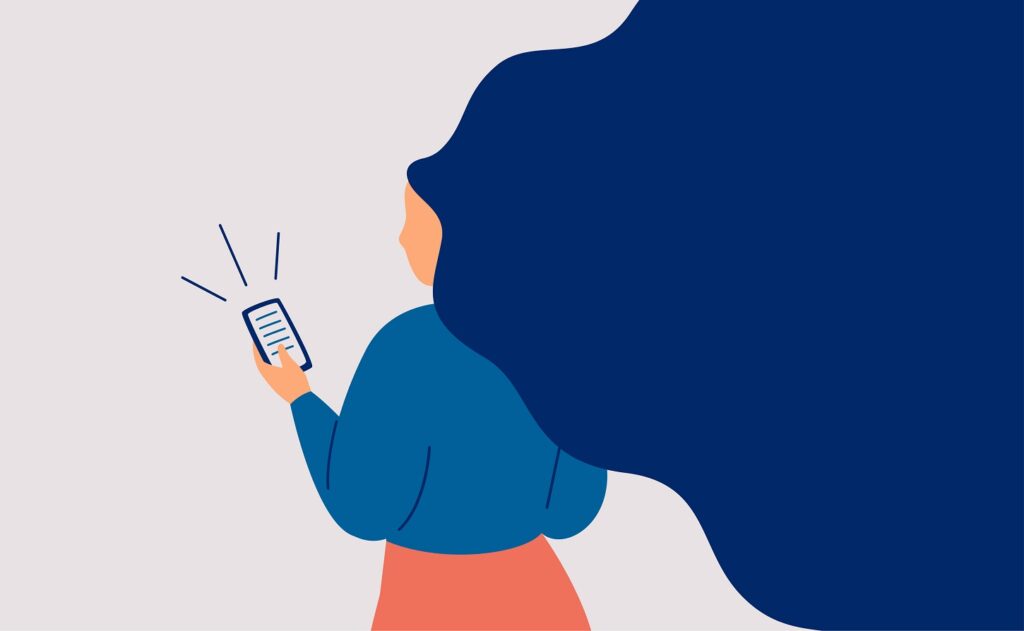 You’re a single mother in downtown Ottawa, off work due to COVID and distressed that you can’t cover the costs of rent and feeding your family. You’re an Indigenous teenager in northern Alberta trying to escape an abusive relationship. You’re a middle-aged man in New Brunswick who hasn’t told anyone how deep your depression is, and you feel like you can’t fight your suicidal urges anymore. You’re a refugee in small-town Ontario whose first language is not English, and you are experiencing frightening flashbacks to traumatic experiences of war. You’re a nurse in Vancouver, demoralized by the anti-vaccine protestors shouting at you as you go to work, where staffing shortages have brought you and your mental health to the breaking point.

Who do you call?

If you’re lucky, you’ll find the compassionate ear of a well-trained helpline counsellor in your community, who’ll listen as you tell your story, determine your level of suicide risk, de-escalate your stress, and connect you with the resources you need to get through this challenging moment in your life and set you on the way to long-term solutions and better times.

Still, in your state of mind you may not know where to turn. You might feel ashamed or embarrassed to admit you need help; or worse, you could be having suicidal thoughts. You might not feel up to searching for a 1-800 number — maybe you don’t have easy access to the internet and don’t know what supports are out there.

But what if we had a national three-digit suicide emergency helpline that everyone knew as well as they know 911?

That idea has been under serious study and development in Canada for several years, with enthusiastic support among suicide prevention experts, mental health professionals, and politicians at every level of government. Countries like the Netherlands and the United States have implemented a three-digit number, and in Canada a suicide hotline – 9-8-8 – will be accessible in all parts of Canada by the end of 2023.

According to Statistics Canada, about 11 people a day — 4,000 a year — take their own lives in this country. While the causes and circumstances vary, each loss is a tragedy that, for a host of unique and complex reasons, wasn’t prevented.

As the pandemic has unfolded, distress centres throughout Canada have been reporting higher numbers of people calling for help, particularly around addiction, job loss, the effects of inflation on the cost of living, and food insecurity. For those in the prevention field, a national suicide emergency number makes more sense than ever.

“The concept is widely accepted,” said Sean Krausert, executive director of the Canadian Association for Suicide Prevention (CASP). Based in Canmore, Alberta, Krausert was among many in the suicide prevention field in Canada (and internationally) consulted by the authors of Considerations for Implementing a Three-Digit Suicide Prevention Number in Canada, a 2021 MHCC policy brief that reviewed relevant literature and information.

“It’s more the logistical issues of putting this in place that will take time,” he said. “There needs to be a great degree of awareness in the public and strong funding to create a national service.”

Given Canada’s vastness and diversity, launching and maintaining a three-digit suicide prevention number is a complex task. Not only must such a service be built on the principles of equity and cultural inclusion, but it must also have a consistent technological infrastructure.

For example, for 9-8-8 to function from coast to coast to coast, 10-digit dialing needs to be in place where 7-digit dialing is still the norm, such as in Newfoundland, Labrador, northern Ontario, and Yellowknife. The Canadian Radio-Television and Telecommunications Commission (CRTC) says it may take until November 2023 to make the transition to 10-digit dialing in those locations. When the 9-8-8 system is up and running, all calls and texts to 9-8-8 will be directed to a mental health crisis or suicide prevention service, free of charge.

Additionally, access to well-trained counsellors must be made available 24-7 in every region of the country to serve diverse needs and to ensure that the help people require can be provided — whether they live in an urban centre or remote area, are young or old, speak English, French, or another language, or suffer from addiction, abuse, or mental illness. That means having one number for anyone in a suicidal crisis to connect to, no matter their walk of life, or their circumstances.

“Like a lot of guys, I always thought that whatever I had to deal with in my life, I would deal with it alone,” said Érick Légaré, in a 2019 video for the Association québécoise de prévention du suicide. Légaré, now 50, attempted suicide at age 45 and is grateful for the help he found when he was struggling. Today he has an urgent message for those who are feeling suicidal: “If you need help, know that it’s out there. You just need to let go and accept it. Talk to someone.”

Clearly, a national suicide helpline is a valuable addition to the supports already in place at the local and regional levels in Canada. “Whatever service it is, it is essential to provide immediate mental health supports 24 hours a day to the people in distress who call in,” said Andrea Poncia from Ottawa’s Community Suicide Prevention Network, who also pointed out that, for a national phone line to be effective, “funding has to be scaled up and maintained long term.”

Leslie Scott, manager of media and communications with the Distress Centres of Ottawa and Region, agrees that a national three-digit suicide emergency phone service is a good idea, and, once implemented, could take pressure off local non-profit distress centres.

“COVID has been intense,” said Scott, with more calls to the service than ever before. To succeed, a national service will need a “huge marketing campaign” to make sure people know it exists and understand what it provides. Like Poncia, Scott believes funding is essential for training those answering the phones, so they’re competent in best practices for helping a person in a suicidal crisis. Phone counsellors at distress centres in Canada now receive Applied Suicide Intervention Skills Training (ASIST), which enables them to offer “suicide first aid” to anyone who needs such support. National phone line counsellors will also need that, along with solid knowledge of what services are available to whoever calls, wherever they may be. That will enable them to triage and direct people to the appropriate help, both short and long term. An Indigenous teenager in Alberta will need something different than a middle-aged man in New Brunswick, an elderly farmer in rural Ontario, or a recent refugee of war with PTSD whose first language is not English.

“You need people who know how to actively listen,” said Scott. You have to be able to gauge a person’s mood, get into the nitty gritty with them. You need to be able to get to the heart of their story.”

The creation of a national three-digit suicide emergency hotline also serves another critical function: reducing the sense of stigma people may feel about asking for help or admitting they have a mental health concern. Scott notes that those taking the first step toward getting support may internalize stigmatizing language and perspectives.

“Unfortunately, some people still think that if they call for help, they’ll be taken away to the ‘loony bin.’ But of course, that is not the case,” said Scott. Knowing that there’s a phone number that anyone in Canada can use, any time, should contribute to the awareness that every human being goes through struggles, help is available, and you are not alone.

Karen Letofsky, one of Canada’s leading experts on suicide prevention — she became an Order of Canada member in 2007 in recognition of her years of service in this field — said the idea of a national suicide prevention number is something leaders in the distress centre community have championed for many years, getting started on partnerships to push the idea into reality in 2015. “We knew we needed a reasonable plan, and some pilot money. Once we had that we could start organizing. It’s been an ambitious goal to build capacity. If you increase access to a service like this, it means you need adequate resources and proper staffing to ensure success.”

It’s “a massive undertaking to provide universal access to a national suicide number,” she added, “but it’s definitely a worthy goal that will normalize asking for help.” While the many details surrounding funding, technological infrastructure, linking services, and training across the country are being worked out, Letofsky is optimistic that the partner organizations will continue to develop the best model for Canada.

Organizations that have been working with the MHCC and CASP include the Canadian Mental Health Association, the Centre for Addiction and Mental Health (CAMH), the Public Health Agency of Canada, Veterans Affairs Canada, and Kids Help Phone. Together, they’ve also consulted with organizations such as 113 Suicide Prevention in the Netherlands and the Substance Abuse and Mental Health Services Administration in the U.S., which also has a hybrid model that lets people choose to either text or phone the three-digit number.

More than anything, said Letofsky, the key to providing a quality service will be to ensure that those who answer the phones are “responders who are well trained in listening.”

It’s that one-on-one connection made between a caring human being and another in distress that’s critical. “Let’s not get caught up in numbers, statistics, and algorithms. Every person is unique. We don’t want to lose the personal story.”

The MHCC offers webinars, toolkits, learning modules, and a range of other resources on its Suicide Prevention page.

Moira Farr is the author of After Daniel: A Suicide Survivor’s Tale. She teaches in the journalism programs at Carleton University and Algonquin College in Ottawa.
The views and opinions expressed in this article are those of the author(s) and do not necessarily reflect the official policy of the Mental Health Commission of Canada.