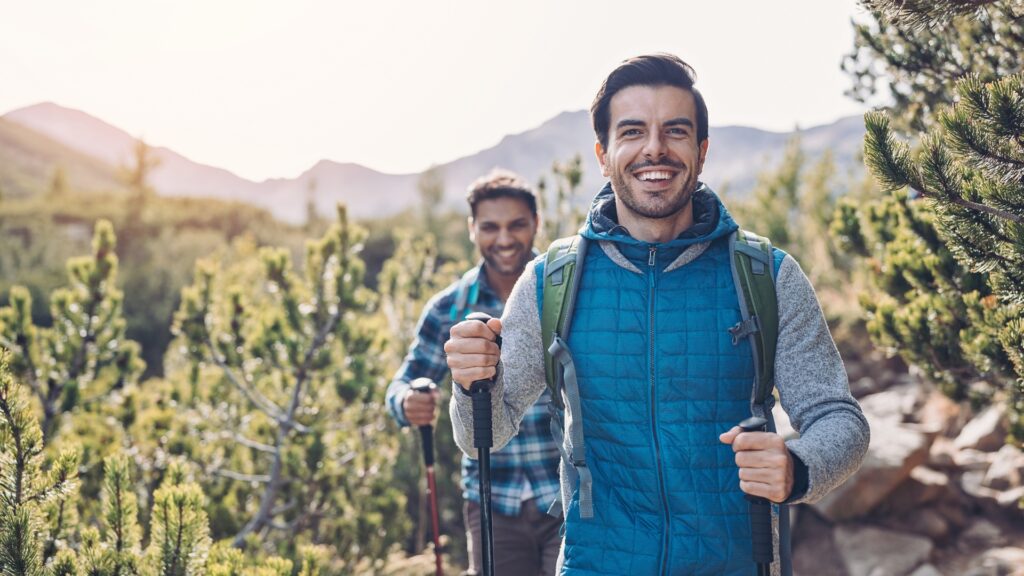 It’s Movember, the month when we focus on men’s mental health and raise awareness and improve mental and physical health outcomes for men around the world. Some show their support with symbolic moustaches, while others lend their voice to the overdue conversation about men’s mental health.

We have long advocated for increased awareness of the unique mental health realities faced by men, who are less likely to recognize, talk about, and seek treatment for their illnesses.

With the right investments, we can turn the tide on men’s mental health, improving outcomes and promoting resiliency along the way.

Here are some of our resources that can help you learn about the issue and share your own story:

Of the estimated 4,000 suicide deaths in Canada each year, close to 75 per cent are men. This resource summarizes the key takeaways from the Mental Health and Suicide Prevention in Men: Evidence Brief. Based on findings from the Evidence Brief, this resource highlights statistics on men’s mental health and suicidal behaviours, factors that contribute to their increased risk of suicide and suicide deaths, subgroups who are at higher risk of suicide, and the potential and observed impact of the COVID-19 pandemic on men’s mental health and suicide. The resource also highlights best and promising suicide prevention practices as well as resources for those looking for further support.

In addition to summarizing the evidence on factors that lead to increased risk of suicide and suicide deaths among men, subgroups that are at higher risk, and the potential and observed impact of COVID-19 on men as it relates to mental health and suicide, this brief will highlight best and promising suicide prevention practices.

People with substance use concerns are among those most likely to report thoughts about suicide, according to our latest Leger poll. While everyone has been affected by stresses brought on by two 5. years of the pandemic, it’s clear that not everyone has been impacted equally. Thoughts of suicide are also more common among youth, ethno-racialized groups and people who are unemployed.

Middle-aged men (40 to 60) die by suicide more than anyone, including young people and women (Statistics Canada, 2019). Men are often socialized not to talk about their emotions. As a result, men as a group may mask their stress and deal with emotional pain through harmful behaviours and actions, and sometimes suicide, instead of seeking help.

Suicide prevention is everyone’s business. Preventing a death by suicide does not always need an expert; it is something we all can do. We can all learn skills to help promote life and help someone struggling with thoughts of suicide. Join the Mental Health Commission of Canada and the Centre for Suicide Prevention as we discuss suicide prevention in the workplace.

Attention around men’s health—particularly mental health—is gaining momentum in Canada. While men and women both live with mental health problems and illnesses, their experiences can be very different. Although rates of mental illness are comparable between men and women, men are less likely to recognize, talk about, and seek treatment for their illness.

Ivy Lim-Carter was a relatively new employee with Movember at the time that she submitted a SPARK Knowledge Translation program application in 2014. Her workplace was experiencing change with the implementation of new mental health grant funding in Canada and Australia, and the need to integrate Knowledge Translation (KT) planning within their funded projects arose.

Movember is upon us, the campaign that urges men to beat back stigma and conquer shame by opening up about their lived experience of mental illness. There are several platforms that encourage men to be raw and honest, like Michael Landsberg’s Sick Not Weak website, where would-be contributors can share their vulnerability in the name of collective strength.

In 2018, Newfoundland and Labrador’s Burin Peninsula became the first of eight communities to sign on to the Mental Health Commission of Canada’s (MHCC’s) Roots of Hope project — a community-led suicide prevention initiative that aims to prevent suicide with strategies adapted to the local context.

Of the roughly 4,000 suicide deaths in Canada each year, 75 per cent are men. For men between the ages of 15 and 39, suicide is the second leading cause of death (after accidental death). Clearly, we have a lot to talk about.