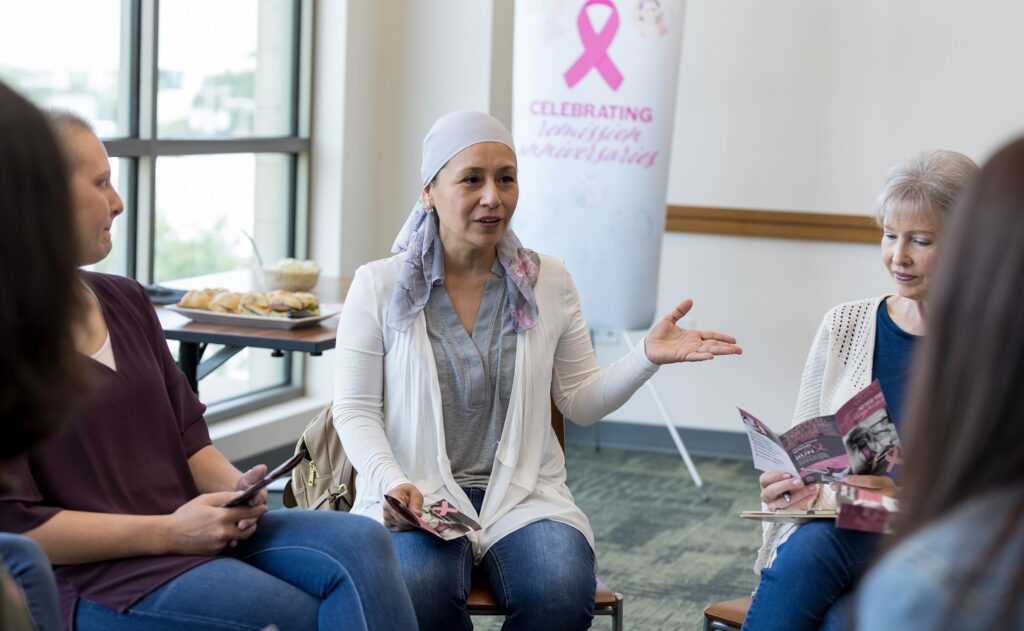 Sugar and Spice — and Trying to Be Nice

Over the holidays my inner voice proves to be the most critical as I straddle the pull of a commercial Christmas and the deep-seated draw of Kwanzaa. On tackling the minefield of tackiness, tinsel, and trappings of the season.
Read more

Dr. Manon Charbonneau remembers the day vividly, though she’d rather forget it.

“So that’s it, then — cancer,” she recalls saying in disbelief with her eyes locked on the digital images of her mammogram. The radiologist confirmed the diagnosis, and in a moment her world was “completely dismantled.”

As a clinical psychiatrist, Charbonneau had dedicated much of her life to helping other people. “I’d wanted to be a doctor since I was five years old,” she said.

Yet, the long road unfolding before her would mean a marked shift. “While I used to say I was going to grow up and cure cancer, instead cancer found me.”

At the time of her diagnosis, Charbonneau had been practising at a hospital in rural Quebec. And although her medical background helped prepare her for what cancer would do to her body, it did not prepare her for the toll it would take on her mind.

A legacy of battling stigma
Many years before her diagnosis, Charbonneau was confronted by another debilitating illness — depression. 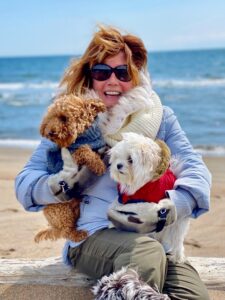 “I had reached such a low place that I almost left my residency. Then, one of my professors told me that whatever I chose to do, I should never talk about my depression because it would hurt my career,” she said. “So that’s exactly what I did — put my head down and stayed silent.”

Without a word to anyone in her professional sphere, Charbonneau fortunately managed to overcome her depression. Afterward, her career took off, and she eventually became president of the Canadian Psychiatric Association (CPA). At the end of her CPA presidency in 2008, nearly 20 years since she’d first dealt with depression, she decided it was time to break her silence.

In her final address as CPA president, Charbonneau candidly described her personal experience with depression, leaving many in the crowd stunned.

“At the time, no one — let alone health professionals — was talking about their own mental health problems,” she said. “I saw an opportunity to change that.”

Charbonneau’s candour ultimately led to the creation of the CPA’s working group on stigma and discrimination, which she chaired for the next 10 years. “Telling my story was a way for me to close the door on my time as CPA president as well as on my depression.”

What she didn’t know was that her cancer diagnosis would come later that year, opening the door to let depression come back in.

Suffering in silence
“After my diagnosis, everything moved very quickly,” Charbonneau recalled. Before she knew it, she had a treatment plan that included surgery, chemotherapy, and radiation.

Yet, as her intensive treatments began to wreak havoc on her body, she noticed signs of her depression returning. “It was insidious,” she said. “Slowly my thoughts and mood started changing until I was consumed by depression all over again.”

Battling breast cancer and a major depressive episode at the same time, Charbonneau was struck by the stark contrast in support between the two.

“Cancer treatment is like a giant pink hot-air balloon. You’re lifted up with support — good funding, good programs, a team that checks in on you every day. Everyone comes together to take great care of you,” she said. “In mental illness, there is no balloon.”

Even with the robust treatment plan Charbonneau received for her cancer, psychological services were not part of the program. “When it comes to mental health, cancer patients are mostly left to fend for themselves.”

Charbonneau is not alone in her experience of having to deal with cancer alongside mental illness. As a recent Mental Health Commission of Canada (MHCC) fact sheet (developed with the Canadian Partnership Against Cancer) points out, the estimated prevalence of depression and anxiety in people treated for cancer is at least double what it is in the general public.

Citing a large survey of adult cancer survivors in Canada, the fact sheet also notes that nearly 80 per cent experienced at least one emotional concern in the one to three years following their treatment, many of which were not met.

The difference in support between Charbonneau’s cancer and depression extended beyond her care team, who she noted, did the best they could within the limits of the health-care system.

Socially, she says, we think of mental and physical illness very differently — something she realized with striking clarity one afternoon while recovering at home.

“I woke up from a nap to 19 flower arrangements, 37 missed calls, and what seemed like hundreds of messages of support from friends, colleagues, and even patients,” she said, adding that for a moment she wondered whether she’d already died. “But in all those cards and voicemails, my mental health was never mentioned.”

For Charbonneau, that experience was a poignant reminder that the stigma around mental illness was alive and well.

“People just don’t know what to do or say when someone is dealing with mental illness, so they say nothing,” she said. “Without that support, the road to recovery gets pretty lonely.”

The power of hope
In the thick of a second depressive episode and taxing cancer treatments, Charbonneau found herself with little motivation. “Some days I couldn’t even bring myself to take a shower, let alone take the steps I needed to get help for my depression.”

But after some difficult conversations with her husband and two children, she realized that she could no longer push her depression aside. If she was to make a full recovery, it needed to include her mental health.

As she worked with professionals to overcome her depression for the second time, Charbonneau began to feel more hopeful for the future — something she considers key to recovery. “As mental health professionals, a huge part of our job is instilling hope — hope that recovery is possible and that a higher quality of life is waiting for you.”

She also found hope for her physical recovery from an unexpected source when asked to attend a charity event almost a year away. “Suddenly I thought, maybe I’m not dying after all. I think I’m going to live to be at this event. That was a huge turning point for me.”

For others struggling to cope with a serious illness — mental, physical, or both — Charbonneau emphasizes the importance of vulnerability. “Reach out to someone you trust and really open up. It’s only by being honest about how you feel that you can get better. Help is there if you’re willing to ask for it.”

An agent of change
Even for Charbonneau, being vulnerable is easier said than done. She hesitated when the people at Bell Let’s Talk asked her to become an ambassador and share her experience with depression and cancer.

“After taking such a long break from sharing my personal story, I had to overcome self-stigma to do it again,” she said. “Working in health care, it’s hard to admit to being less than 100 per cent. But everyone close to me told me that I had to do it, and they were right. Vulnerability is what leads to change.”

That change in the way mental illness is perceived has become the backbone of Charbonneau’s advocacy work. In addition to Bell Let’s Talk, she has also spread her message as a member of the MHCC’s board (2013-19) and continues to work as a trainer for its Mental Health First Aid program.

As she continues to advocate for change at every level — from individual attitudes to the health-care system and public policy more broadly — she often comes back to her own experience. “I picture that big pink hot-air balloon that carried me through my cancer treatment, and I think, ‘when will the balloon arrive for those living with mental illness? Where is their balloon?’”

Perhaps the only thing stronger than Charbonneau’s drive to find that balloon is her belief that we can all help. In describing how motivated she is by the power of individual actions, she cites a favourite quote: Be the change you wish to see in the world. “We are all agents of change,” she said. By shifting the way we think about, talk about, and care about mental health, we can create the change we wish to see.”

Author: Amber St. Louis
The views and opinions expressed in this article are those of the author(s) and do not necessarily reflect the official policy of the Mental Health Commission of Canada.