Changing the culture of care

Phil Upshall, an influential mental health leader who was "ahead of his time", had a strong impact on many initiatives at the MHCC.
Read more

The limits of diagnosis

When Thomas Ungar, psychiatrist-in-chief at St. Michael’s Hospital and associate professor at the University of Toronto, was asked to describe the structural stigma that spells poorer health outcomes for people living with mental illness and substance use disorders, he responded in a most unusual way.
Read more

What we need, when we need it 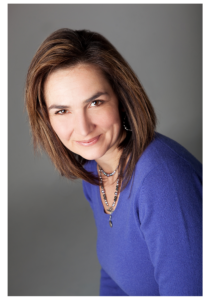 Stephanie Knaak has been studying structural stigma for the better part of a decade. She’s an expert in the foundational policies, laws, and practices in our health-care system that put people who live with mental illness at a disadvantage.

“But that doesn’t mean I have all the answers,” said Knaak from her home office in Golden, B.C., where she’s been working since the onset of the pandemic. “Sometimes I get overwhelmed. It’s a beast of a challenge to tackle because some people can’t see structural stigma, and others are suffocating under its weight. It all depends on where you’re sitting.”

When asked how something so invisible to some and dead obvious to others can be addressed, she paused. “In health-care settings, if you aren’t measuring it, it just doesn’t matter. We’ve got to show providers and administrators the true cost of these blind spots by giving them tools that can bring them to light. Then, we’ve got to use the evidence of those gaps to make a case to close them.”

New frontiers
Knaak and her colleagues at the Mental Health Commission of Canada (MHCC) are charting new territory. For example, they are mapping out the topography that people living with mental illness must face when seeking basic physical health care.

“A person’s mental health may have nothing to do with the reason for their visit, but it becomes a huge barrier to getting timely and proper diagnosis and treatment — because physical complaints are often dismissed or seen only through the lens of their mental health diagnosis. The system doesn’t have the right checks and balances to make sure these kinds of blind spots get caught,” she explained. “This is the equivalent of a mountain, and we’ve got to identify it on a map so we can point to it and say, ‘How are we going to scale this?’”

Unlike the early explorers who were blind to their own limitations, Knaak approaches this new body of research with the humility born of experience.

“We’re finding out new things every day. This area of study is massive. It’s almost intimidating to put a stake in the ground, because its constantly shifting beneath you. But someone has to be first. Someone has to say, “OK, we have to get better because people are bearing the consequences of system inertia. We’ve got to get the wheels in motion. Even if we have to backtrack and start again, we’ve got to get moving.”

If you build it . . . they will come (around)
Knaak believes that by forcing policy change in health-care settings a different attitude will follow. “Take handwashing, for example. Because it has standards for when, where, and how to do it, hospitals measure it so they don’t fall outside the protocols. If we want things to change for people living with mental illness, we need to write protocols that explicitly name and address the behaviours that are manifested by structural stigma.”

“In a way, it’s easier to change the mind of one individual,” said Knaak, who has worked to develop many of the MHCC’s Opening Minds anti-stigma training programs. “But what excites me is the ripple effect when you’re doing work to change the entire culture of care. It has the capacity to improve the experience of every person who walks through the door.”

Putting a stake in the ground
Up next for Knaak and the structural stigma team is creating the tools to help organizations plot a course toward improved care. This could include structural stigma report cards, client satisfaction surveys, and other measurement tools.

“It’s all in the service of identifying the barriers and pitfalls that can create such dispiriting and damaging experiences for people when they are vulnerable and at their place of greatest need,” said Knaak. “Essentially, we’re asking people who are working hard within a flawed system to unlearn what they’ve been conditioned to believe and to be open to doing things differently — not only as professionals, but as people.”

Knaak is referring to the way stigma is so imprinted on the DNA of organizations — as well as our own. “It’s like stigma at the cellular level, literally. It’s thrumming below the surface all the time, and it can erupt at any moment with disastrous results.”

When the professional becomes personal
Knaak is familiar with what that looks like. She has watched a loved one try to get help from a system that is not designed to effectively address the needs of a person living with mental illness.

“It’s ironic that my work came home to roost. All the things I was documenting as a researcher were laid bare. I had data points and key informant interviews and hundred-page reports. They all said the system was broken. But when you experience it up close, how it sometimes impedes the healing process more than it helps it along. . . . For me, this work has now become more personal, and more imperative, than ever before.”

When asked what success looks like, Knaak’s answer is surprisingly simple. “I often hear my family members who’ve experienced cancer laud the system for the timely, effective, compassionate care they received. All I want is the same thing when someone experiences mental illness.”

This is the third in a three-part series on structural stigma. Previously we talked to a care provider and a service user.