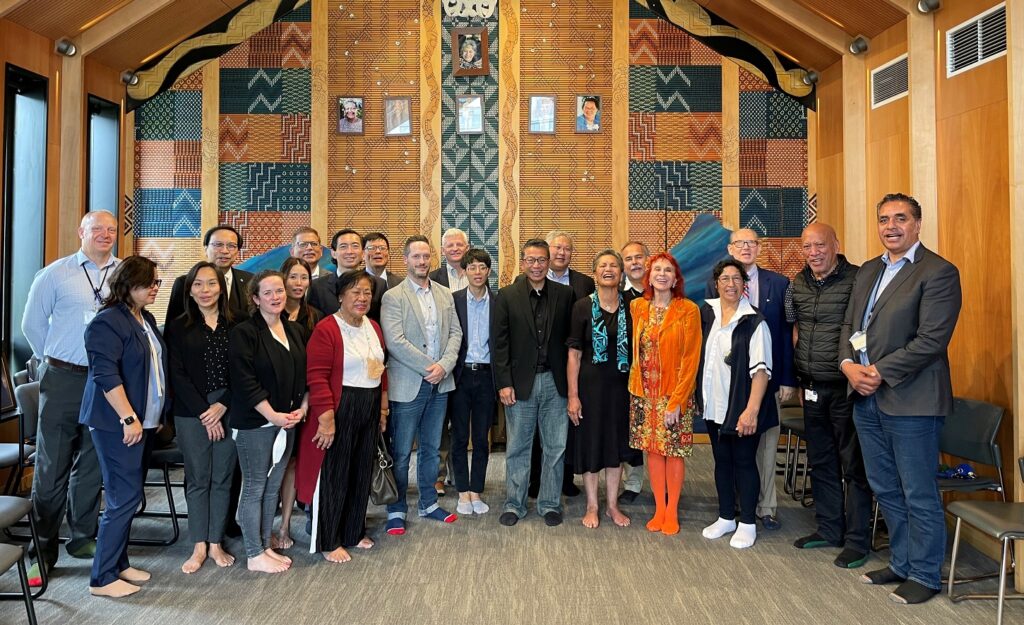 Australia’s Black Dog Institute blends research and community spirit. A conversation on outreach, balance, and the art of “business in the front, party in the back.”
Read more

Living with a mood disorder means deliberately seeking out small sparks of joy. On moving through cycles of moping, coping, and hoping during the holiday season.
Read more
By Michel Rodrigue

We often interject with “it’s just a thought” after making a suggestion, perhaps to mitigate damage after offering unsolicited advice. While we usually think of it as a throwaway line, New Zealand has given it new importance by putting it at the core of a virtual cognitive behavioural therapy service led by therapist Anna Elders. For people with mild-to-moderate symptoms of depression and anxiety, Just a Thought provides tools to control emotions, thoughts, and behaviours through free online courses. Its ability to cut New Zealand’s persistent six-month wait times to see a mental health practitioner has also been impressive. With similarly long wait times in Canada, such innovations provide insights into how we too might respond to our evolving mental health challenges.

This possibility was something I picked up on while attending the eMental Health International Collaborative — known as eMHIC — an annual congress on new advancements at the intersection of mental health and artificial intelligence. The November 2022 meeting in Auckland gave me the a chance to examine some of the ways technology (while not the answer to all our problems) can help to increase access to mental health care in countries that are vast, have a shortage of clinicians, or face financial barriers. In this way, Canada has much in common with New Zealand, Australia, and other parts of the world. Our shared challenges brought leaders in the two fields together at eMHIC to consider some of the potential paths moving forward.

Canada is in the process of implementing a three-digit suicide prevention and mental health crisis line in November 2023. Ahead of that, New Zealand’s national telehealth organization — Whakarongorau Aotearoa — offers insights on implementing such a service. It offers free 24-7 access to a dozen clinical teams that connect the dots on intersecting elements of well-being, from mental health to social services to COVID-19 supports to smoking cessation. Between June 2021 and June 2022, operators connected with 2.7 million individuals, representing nearly one in two New Zealanders, with 74,000 of them specifically accessing mental health services.

The integrated approach to mental health care was a throughline in our discussions with leaders at eMHIC. The holistic focus is at the centre of the Auckland Wellbeing Collaborative’s support program, which brings together specialists for a coordinated approach to mental health challenges. For example, community support workers, health coaches, and health improvement practitioners might work together on a case file. The services are an extension of many general practitioner offices in the area, meaning that locals can access them at no charge wherever they normally see their doctor. 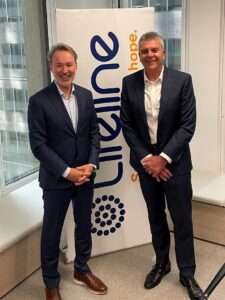 Learning about this incredible initiative made me think of the challenges here in Canada. Programs such as Stepped Care 2.0 have made great strides in reducing wait times for mental health services by giving people the option to “step up” or “step down” the intensity of treatment based on their preference or need. As well, various organizations are working on tools that enable practitioners to improve culturally appropriate mental health services, which is also promising. Still, Canada’s shortage of family doctors may make supporting a multi-dimensional team model toward wellness a far-off goal.

New Zealand’s wellness support team relies on a community approach through the concept of “whānau,” a Māori term loosely translated as “family,” but which includes one’s extended support network. In times of trauma and hardship, such as the 2011 earthquake or the 2019 mosque shootings, many New Zealanders turned to their communities and whānau to sustain their resilience and get support.

From literacy to legislation
Australia’s National Mental Health Commission has a mission much like our own, with a focus on promoting a better understanding of mental health and its outcomes, preventing suicide, influencing policy makers, and working with partner organizations to improve mental health and well-being for all. And like us, despite these efforts, the country is still contending with the effects of stigma. In a recent survey that explored public stigma, structural stigma, and self-stigma, the organization found that more than four million Australians experienced mental health-related stigma and discrimination in the past year. Just over one in four respondents said they would be unwilling to work closely with someone with depression, while 63 per cent said they wouldn’t be willing to spend an evening socializing with someone who is living with schizophrenia.

Many are looking to legislative changes that will reinforce mental health literacy. Policies that help to prevent discrimination and promote equity, like those related to physical disabilities, are a growing area of focus in the mental health community, both at home and abroad.

The creation of a National Suicide Prevention Office by Australia’s federal government in 2021 is another encouraging shift toward collaboration in suicide prevention initiatives. Dr. Michael Gardner is leading the development of a national suicide prevention strategy to coordinate efforts between levels of governments and government agencies. According to Gardner, the focus will be on the policies and systems needed to reduce suicidal distress and suicide by improving social and emotional well-being, enhancing protective factors, and “empowering a connected and compassionate support system that is capable of providing tailored responses.” Several key suicide prevention initiatives are already underway, including the establishment of a nationwide crisis line for Indigenous peoples called 13YARN, whose programs are designed, led, and delivered by Aboriginal and Torres Strait Islander people.

Another Australian service called Lifeline offers 24-7 crisis support and suicide prevention for people across the country. Now in its 60th year, the organization receives a call every 30 seconds. Before COVID and the bushfires of 2019-20, Lifeline received about 2,000 calls a day. Now, they’re up to 3,600. As in Canada, the demand for crisis support has increased while suicide rates have remained steady. Canada’s suicide death rates continue stubbornly at about 11 each day. This further underlines the need for ongoing and dedicated investments in mental health and suicide prevention, collaborative efforts to make mental health and crisis support more accessible, and a wider understanding that good mental health is part of our overall well-being.

A quick word of congratulations
It was a true honour to congratulate Nicholas Watters — the Mental Health Commission of Canada’s director of Access to Quality Mental Health Services — on his Lifetime Achievement Award for eMental Health Development and Implementation from eMHIC. Another pioneer in this area, Dr. Patricia Lingley Pottie, was also honoured at the congress for her incredible work with IRIS, artificial intelligence technology that is used for customized treatment delivery and data collection at the Strongest Families Institute in Nova Scotia. I take inspiration from these and other leaders in the field who are advancing critical work in mental health advancement.

Author: Michel Rodrigue is president and CEO of the Mental Health Commission of Canada.
Main photo: A delegation visited the Tiaho Mai mental health inpatient unit at Middlemore Hospital in New Zealand. It incorporates Indigenous culture into every aspect of care.
The views and opinions expressed in this article are those of the author(s) and do not necessarily reflect the official policy of the Mental Health Commission of Canada.