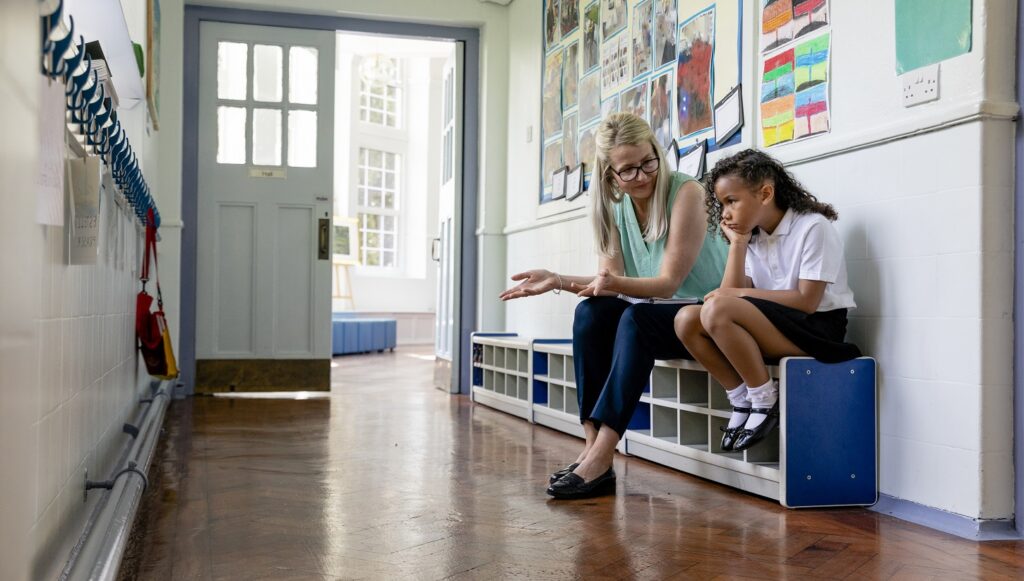 Bullying, including cyberbullying, is a growing and worrisome epidemic. Not only have one in three children been bullied at some point in their lives, the long-term impact on young people and adults can be life changing. An increasing body of evidence points to its detrimental effects on people’s mental and physical health. Studies also show that there can be lasting impacts in terms of future social and financial outcomes.

“It’s part of life”
Contrary to lingering social attitudes, we now know that bullying is not just an inevitable part of growing up or a harmless rite of passage. Bullied children and adolescents have a much higher risk of developing psychosomatic symptoms than those who escape it. Commonly reported problems linked to bullying include poor health, loss of appetite, sleep disturbances, headaches, abdominal pain, breathing difficulties, and fatigue.

For Eric, it started in elementary school, where the bullies targeting him kept up a relentless campaign of abuse. Its effects, he recalled, included anxiety, headaches, nausea, weight loss, and the absolute erosion of his self-worth. But those weren’t Eric’s only worries. After two years, with no hope in sight, he had reached his breaking point: “I didn’t care whether I lived or died,” he said. His family, desperate to find help, turned to a psychiatrist, who took Eric out of school and put him into intensive treatment. Thankfully, after some time, things turned around for him. In fact, he ended up becoming a kind of champion of the underdog among his peers. Today, Eric describes himself as “lucky.”

A young person being bullied can feel isolated, have trouble trusting people, and lack quality friendships. Should they end up believing that they can’t do anything to change their situation, they may stop trying. This feeling of defeat can also lead to hopelessness and a conviction that there’s no way out, often because they think telling someone won’t change anything. They might also prefer to suffer silently rather than risk escalation or imagine that the bullying will eventually end if they just keep quiet.

As bullied young people become adults, they may continue to struggle with relationships and avoid social interactions. Difficulties with self-esteem and trusting others can undermine significant personal relationships as well as their social and work lives. Victims of bullying also have a greater risk of emotional disorders in adulthood, including depressive and anxiety disorders, panic disorder, generalized anxiety, and suicide.

“There is clear evidence that a wide range of childhood adversity has long-term negative effects on both mental and physical health,” said Dr. Keith Dobson, a professor of clinical psychology at the University of Calgary. “Further, the emerging literature demonstrates a strong linkage between bullying and later depression and other health problems.”

Role modelling
Why does bullying still happen? Many experts point to the lack of a systematic approach to tackling the problem in schools. For a long time, it was left to teachers to address bullying behaviours — and for that to happen they would have had to witness it. Beyond that, the responsibility for reporting the problem was often left to the student, which meant that much of it was never reported. 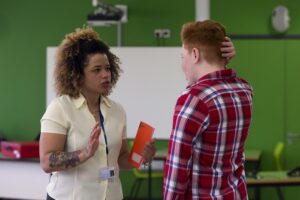 The research on anti-bullying interventions is extensive, with numerous school-based programs having been evaluated scientifically. Some, like the KiVa program in Finland, focus on mobilizing the bystanders who witness bullying. These work through the power of peer responses to inhibit or fuel such behaviour.

Other programs seek instead to actively create a kinder school environment. The most prominent of these, the Olweus Bullying Prevention Program, is also one of the most widely tested. Developed by the late Swedish-Norwegian psychologist, Dan Olweus, it’s rooted in the idea that bullying is often the product of a wider culture’s tolerance toward victimization. On that basis, it tackles bullying from the perspective of a school’s entire ecosystem.

Olweus therefore works by changing the social climate around bullying: raising awareness among students, adopting anti-bullying norms, and having teachers clearly communicate their anti-bullying attitudes. But it also goes beyond the student-teacher dynamic. Every adult in the school gets basic training about bullying — not just educators and administrators — but cafeteria staff members, bus drivers, custodians, and others.

The program is effective when all these adults function as positive role models, reinforce good behaviours, and refuse to allow victimization. As part of this process, clear expectations are set for acceptable behaviour, as are the consequences of failing to abide by them. In ending their support for the culture of secrecy around bullying, each person helps to create an environment where reporting it is appropriate and expected. When saying no to bullying becomes everyone’s responsibility, it is soon ingrained in a school’s culture.

The research strongly supports the success of whole-school programs to decrease bullying behaviours. In fact, a recent study of 69 randomized clinical trials concluded that such interventions not only reduce the incidence of bullying and victimization but also improve the mental health of students.

A kinder community
When parents commit to the prevention of bullying, especially if they actively participate, a school program will be more successful. Parents can set a good example by getting involved, raising awareness, and supporting anti-bullying measures.

But since bullying is not confined to school corridors and the playground, and not all children who are bullied ask for help, parents and caregivers should also be on the lookout for warning signs. These include unexplainable injuries; lost or destroyed clothing, books, electronics, or jewelry; frequent headaches or stomach aches; feeling sick or faking illness; or changes in eating habits (like suddenly skipping meals or binge eating). In this last scenario, kids may be coming home from school hungry because they didn’t eat lunch. They may also have difficulty sleeping or frequent nightmares, declining grades, loss of interest in schoolwork (or not wanting to go to school), sudden loss of friends or avoidance of social situations, feelings of helplessness or decreased self-esteem, or self-destructive behaviours such as running away from home or harming themselves.

As well, parents can empower their children to stand up to bullies. Start by talking about what bullying is and what healthy friendships are and are not. Children themselves can also learn how to report bullying when they see it. Here, it’s important that parents help them understand why they don’t want to be a bystander and offer them practical knowledge on how to handle the situation. Taking such steps can make a big difference in the outcome.

Programs such as HEADSTRONG, offered by the Mental Health Commission of Canada, can also play an important role in supporting healthy school environments by providing students and youth the tools, confidence, and inspiration to become leaders for mental health and wellness in their schools and communities.

While bullying can have long-term negative effects, it doesn’t have to, according to Dobson. What is important is to act and intervene for the sake of others and yourself. If you know of a child who is being bullied, try to understand what’s going on and intervene if doing so is indicated. If you’ve been bullied and are living with the ongoing consequences, resources are available to help you improve your well-being.